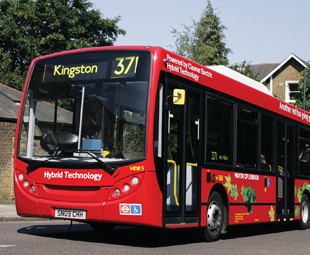 Marcopolo marches on! This month FRANK BEETON continues to follow the rapidly growing establishment of a global empire by the Brazilian bus builder Marcopolo SA.

Early in 2012 we reported on Marcopolo’s entry into the Australian market through the acquisition of a 75 percent stake in the country’s largest bus bodybuilder, Volgren Australia of Melbourne. Volgren, with a claimed domestic market share of more than 40 percent, had established manufacturing operations in Dandenong and Newcastle (New South Wales), Brisbane (Queensland), and Perth (Western Australia). Marcopolo also secured an option to complete a full takeover from the founding Grenda family three years after the initial buy-in.

Subsequently, Marcopolo has established a new subsidiary marketing company, Marcopolo Australia, with offices located in Brisbane, Queensland. This operation is intended to coordinate the sale and support of Marcopolo’s Brazilian-designed products in Australia, and will function completely independently of the Volgren business.

The Australian bus market has recently been running at around 2 000 units per annum, with annual growth of approximately 12 percent, and Marcopolo is clearly intent on playing a substantial role in the years ahead.

Last year, we briefly described the lengthy heritage of Alexander Dennis Limited, with its roots extending back to Dennis Brothers (established 1895), and Walter Alexander (founded in 1924). A number of buses bearing Dennis nameplates were to be found in the fledgling bus fleets serving South African cities in the period between the First and Second World Wars and, although the brand came to be more closely associated with fire engines in the post-war period, the bus connection was maintained and continues in the company commonly referred to as ADL – now Britain’s largest bus and coach manufacturing organisation.

In recent years, ADL has moved aggressively into the hybrid bus market and is rapidly approaching the 700 unit milestone for deliveries of this vehicle type. Working in partnership with technology company BAE Systems, ADL has developed the “start and go” system – which uses only zero emission or battery power when the series hybrid vehicle slows to speeds below 6,4 km/h, with the diesel engine only coming back into play when speed increases to more than 11,2 km/h.

ADL is also currently working with Scottish and Southern Electricity, Strathclyde University, Strathclyde Passenger Transport and BAE Systems in a collaborative venture to further improve hybrid vehicle performance. The immediate aim of this project is to develop a “virtual electric” bus that would operate in an emission-free mode for 70 percent of the time, using a combination of on-route induction recharging and hybrid technology.

ADL is reportedly of the opinion that the current generation of battery-only full electric vehicles are not up to the United Kingdom’s (UK’s) requirement for an 18-hour shift operation in the public transport sector. ADL’s position is that the “virtual electric” bus can fill an important interim gap without requiring disruptive street excavations, and time-consuming local authority approvals, while the appropriate heavy-duty battery solutions are being developed.

In terms of the agreement, ADL bears responsibility for engineering, test and prototype development for this product, while New Flyer handles manufacturing, marketing, sales and aftermarket support. New Flyer, significantly, also enjoys a reputation for product innovation through the development of alternative fuel, hybrid driveline and full-electric (trolleybus and battery) designs.

However, earlier this year, we reported that Brazilian manufacturer Marcopolo had purchased a substantial 19,99 percent stake in New Flyer. Marcopolo’s agreement with New Flyer also covered engineering, technical, purchasing and operational co-operation as well as the assessment of the potential marketability of Marcopolo products in North America.

Given the developments covered in our opening paragraphs, we can only speculate on the possibility of a Marcopolo-ADL link up sometime in the future. There is much supporting logic, and this would certainly be in line with the Brazilian company’s ambitions to be a global player.

As things stand, Marcopolo already enjoys global sales of more than 30 000 units per annum, and is arguably the world’s largest bus body building operation. Whether its future plans extend to broader involvement in the development and production of bus chassis, or complete integral vehicles in the UK, is something on which readers may wish to ponder. 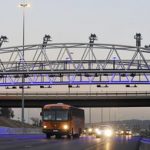 Prev Taking a stand against e-tolls
Next Is government protecting rail? 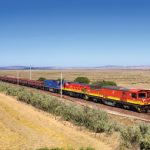