Mission into the future 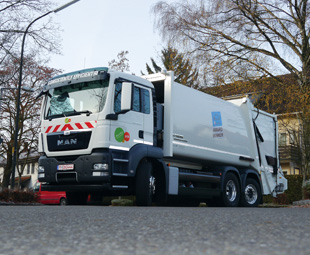 With its concept electric-drive motor, the MAN Metropolis places a practical accent on the topic of alternative-drive systems. OLIVER WILLMS brings us an exclusive, world-first road test.

Metropolis is a name of significance for film buffs and fans of the epic silent film by Fritz Lang. In this visionary masterpiece from the 1920s, the dichotomy of the high-tech, urban, two-class society was the dominant theme. A similar conflict that could unfold, in a different form in our urban centres, is how we respond to truck traffic in the future. One response could be that only the “pure”, emission-free trucks will be allowed to work “within the walls” of our mega-cities – while those that are loud and dirty stay out in the underworld of the cargo workers.

This traffic scenario may not be too far in the future. About four years ago, the MAN Metropolis became the first integrated electric concept truck to be introduced in Munich, Germany. It is a fully electrically powered truck, which features an onboard range extender that can automatically charge its batteries, if necessary, while the truck is mobile. 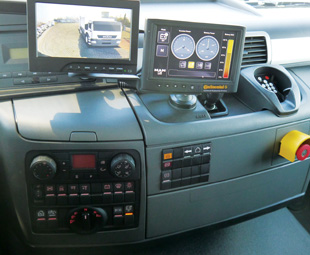 “The technological approach, for a vehicle such as this, is much more demanding than a simple plug-in solution,” explains Ben Kraaijenhagen, vice president, head of Group Division Product Strategy and Requirements at MAN Truck & Bus AG.

As the father of the Metropolis project, Kraaijenhagen is familiar with all the phases in the development of this unique vehicle. The future use of the truck was the basis for all the aspects that had to be taken into consideration at the beginning of its development: as a tri-axial garbage collector with an electro-hydraulic hybrid structure, there are particularly effective advantages of employing electric drive systems.

For its role as a garbage collector, all the principal specifications of the white MAN TGS, with its electric heart, are pre-defined. At least two 15 km purely electric trips, or over four hours of collection time, twice daily, are achievable. Recharging the batteries takes about six hours on a 380-volt power source.

The MAN Metropolis starts its maiden voyage at the gates of the MAN factory, in the north of Munich, with fully charged batteries and a journalist at the wheel, on a simulated tour; not for waste collection, but to get a solid driving impression.

Turning the key and selecting “D” (for the drive mode) are all it takes for the start of our emission-free test drive. There is no engine noise, not even a hum of voltage, to reveal that Munich’s experimental truck is ready to go – only the view of the additional display screen shows that our drive can begin.

The 26-tonne truck is very sensitive to input. It has no starting jerk and is virtually silent while on the move. Its 203 kW synchronous electric motor drives via an automatically switched two-speed gearbox connected to the rear axle.

The transmission shifts during the acceleration phase with a relatively long pause into second gear. Then the high-torque electric motor comes in with the much-cited “rubber band” effect and the three-axle vehicle moves ahead with amazing ease. 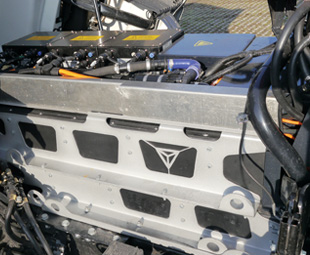 Motive power for the compact electric motor is from a lithium-ion battery pack, consisting of 540 single cells, which is centred under the cab where the diesel engine would normally be. It has a respectable 105 kW/h capacity at 680 volts. This power allows the Metropolis to cover the two 15 km runs in pure electric mode. “The 680-volt voltage was determined fairly quickly,” explains Kraaijenhagen. “The relatively high operating voltage and the cable cross-sections meant keeping the weight within reasonable limits.”

This is also true for the central highlight of this concept truck. Sitting behind the compact block of the liquid-cooled battery charger and electric motor, is the unique feature – a three-litre turbo-diesel engine from MAN sister-company, Audi.

The V6 engine puts out 152 kW (204 hp) and acts as a power generator should the capacity of the onboard battery run out. This technical highlight is how they solved the challenging task of keeping the compact battery/regulator and loading unit below the one-tonne weight limit of the usual D20 six-cylinder engine.

Kraaijenhagen describes the range extenders as one of the greatest challenges in the development; the result being four different charging cycles in which the V6 automatically feeds the on-board batteries with self-generated electricity, as needed.

While the garbage collector slides to the next stop on our test drive, the diesel engine is silent. It is here, in constant stop-and-go, that driving with the electric motor proves to be particularly smooth. The Metropolis can retrieve energy consumed by means of recuperation, and the impact on the service brake makes a predictive drive almost superfluous, while the state of charge decreases only slightly during the extended acceleration and braking marathons. 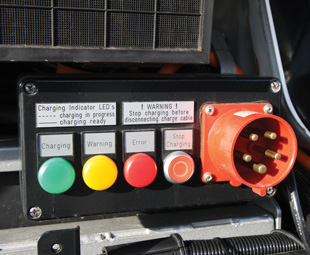 Light pressure on the “gas” allows you to sail with momentum. Only when you completely release the pedal, does the electric motor feed power from the wheels back into the battery. This fast ride has been one of the most difficult problems for Metropolis creator, Kraaijenhagen, in working with the household battery. In this sense, the concept of a plug-in battery with a range extender seems to be the only aspect of the construction that incorporates different, demanding and practical requirements, all under one roof.

The extremely low operating noise is also impressive. Aside from hitching the garbage container to the compressor, the Metropolis does its job with a whisper. The steering assistance, air compressor, hydraulic pump and air-conditioning are also electrically powered – allowing the Metropolis to sneak through the night as though it has silent paws.

The cockpit of this MAN offers some fascinating detail, too. The Continental Birdview camera system merges the images from four external cameras on the body to give an overall picture. You can see – in real time and without transitions – a 360o bird’s eye view of your environment. The view from the perspective of a third person on the “outside”, is an invaluable advantage in urban waste collection.

Once our test drive has been completed, the Metropolis has to prove its suitability for everyday use in the fast ride to the depot. The white electric truck has to complete the trip to the depot relatively quickly and can easily keep up with the speed limit of 89 km/h in normal traffic. 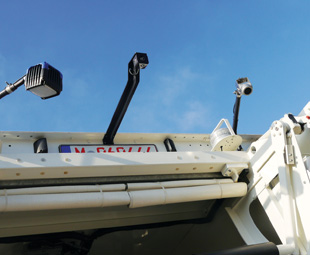 It’s a brave new world, but who can pay for it? Kraaijenhagen cannot, and will not, set a purchase price for the concept truck because of variable energy storage prices, but he makes an interesting statement: “If, as is customary in the industry, the garbage collection Metropolis gets eight to ten years of use, you can use it for 2 000 charge cycles without a battery change. Compared to a diesel truck it is, therefore, cost neutral. This is not simply another hybrid truck!”

As the electric truck gains acceptance by drivers and owners, the reality of commercial production draws closer. Fritz Lang would have loved this white electric giant in his high-tech metropolitan world.

Consumption of range extender: approximately 10 to 15 litres of diesel per day of use. 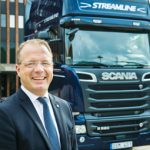 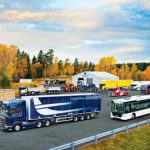