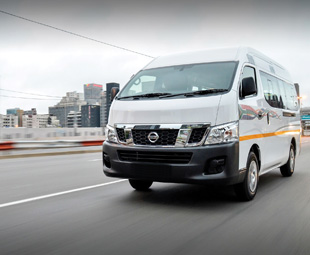 What do construction lobbyists, economists and transport planners have in common?

I was going to use this, the first column of 2015, to suggest that the government use part of the current fuel bonanza to start buying out minibus taxi operators in fairly large numbers countrywide.

It should offer owners at least R1 million each, not the rather miserly R350 000 being offered under the Go!George scheme. Those who want to stay in the business could then go onto gross contracts as part of regional transport plans. (That’s government policy by the way.) When the oil price starts going up again, we will have a half-decent public transport system in place to offer motorists as an alternative to private transport …

We don’t have any workable transport plans, though, do we? This has been emphasised by the recently released Gauteng e-toll report, so we need to follow up on the role of the construction lobby in undermining public transport.

Loane Sharp, an economist with the Free Market Foundation (FMF) made a very valid point in Business Day of December 12, 2014: “Academic economists are no longer impartial, as many of them benefit heavily from the R22,1 billion of government grants to universities, making them shameless co-conspirators in the government’s manifold regulatory agenda”.

The FMF has been around for a long time and makes a lot of sense in its frequent contributions to the media. I agree with Sharp – there are a number of academics (probably not only economists) who neatly fit that description. Sharp writes about health issues here, however, not transport. Could his comments apply to transport as well?

Back in 2003, Jim Peron, writing for the FMF, challenged the claim that Gautrain would create 50 000 jobs. Sadly, 20 years before that, the FMF was also showing itself to be part of the construction lobby. The old hands among us will remember that, during the early 1980s, the promotion of “free markets” in transport (read: minibus taxis) was all the rage in South Africa.

Our approach was based on the British White Paper, which optimistically predicted that “new and better services would be provided … more people would travel (on) a greater variety of services using different types of vehicles running on different routes or frequencies, offering more choices to meet people’s needs. Operators will not be slow to find out what passengers want”.

These flowery predictions have failed to materialise in Britain 30 years later, and even less so in South Africa. Nevertheless, at that time, the FMF was an enthusiastic participant in this “privatisation” campaign.

Between 1983 and 1990 the FMF sent its representatives to one transport conference after another, where they would indulge in a few curious claims of their own. Space is limited, so I’ll just quote two of them.

First quote: “There is more and more evidence that many taxi fares are cheaper than the unsubsidised bus fares. Where this occurs, it is clear that savings could be achieved if those passengers, who are subsidised, were to use taxis rather than buses.”

The maths is a bit complicated, so I won’t bore you, but if all bus passengers went by taxi, the total cost to the community would be higher than before.

Next quote: “What is required is not a producer-side subsidy, but a consumer-side subsidy – such as transport vouchers. This would neutralise the advantage that subsidised operators have and enable the small bus operators to enter the market”.

Strange that no one has suggested “transport vouchers” for the users of Gautrain or bus rapid transit (BRT)! Let’s try vouchers as part of Ekurhuleni’s proposed BRT scheme! Neither do I see any objection to the subsidy of R77 per passenger on Gautrain!

Where are we going with this? The following recent quote from Thabo Thwala, a regular contributor to Business Day (December 4, 2014) underlines just how successful the construction lobby has been in achieving its objectives: “It is a fact that workers try as best they can to buy cars, instead of building homes and improving their families’ lives. They do this to escape from the atrocious daily trauma of public transport vehicles, especially taxis and the always full and chaotic trains, to and from work, and thereby enter the world of e-toll payment.”

There you have it. After 60 years, the construction lobby has achieved its objective – keep on undermining public transport so that people will want to buy cars, use more road space and get in each other’s way. Convince the public that more roads need to be built and then hammer them with tolls! 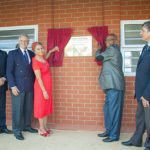 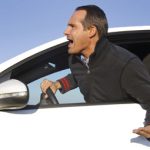