More of the same, more or less 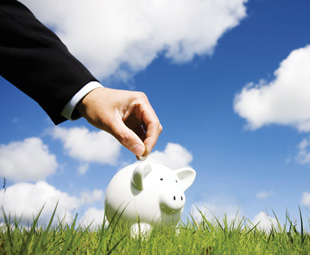 By now you’ve probably heard that Finance Minister Pravin Gordhan announced some environmental taxes in his 2013/14 Budget Review, delivered on February 27. These included a carbon tax of R120 per tonne of CO2, that will take effect on January 1, 2015. But it wasn’t all bad news. He also announced: “To soften the impact, a tax-free exemption threshold of 60 percent will be set, with additional allowances for emissions-intensive and trade-exposed industries.”

But the Budget Speech held some more disappointments and a few surprises, as director and chief economist at Econometrix, Dr Azar Jammine, explained at the company’s 28th Budget Conference – an event sponsored by Business Report, Macquarie Securities and Alexander Forbes.

“I looked at this Budget, and in some respects I found it difficult to analyse, frankly because it seemed to be good overall. But I couldn’t really get excited by it,” Jammine says. He points out that it was almost a replay of President Jacob Zuma’s State of the Nation Address two weeks prior to the Budget Speech.

“However, I applaud the fact that government has embraced the National Development Plan (NDP), which is probably the most comprehensive, holistic and constructive attempt at identifying the structural problems preventing the South African economy from growing faster.” He adds: “It also provides recommendations as to how to overcome these problems.”

Infrastructural investment spending forms an integral part of the NDP, with the starting point of implementation seemingly incorporated into the 2013/14 Budget.

“As part of his State of the Nation Address, President Zuma reiterated commitment to the NDP, and Gordhan also said that the Plan formed the cornerstone of this year’s Budget – labelling it the Budget of the NDP,” Jammine notes.

“But, let’s face it the NDP is a 17-year project – from now till 2030. We, therefore, aren’t going to see massive changes from one year to the next,” adds Jammine.

He points out that he isn’t inspired, by either speech, to believe that we are going to see the progress that government wants to put in place. “To some extent I have sympathy with this because of the difficult economic background that government faces in implementing the NDP, starting off with the global economic environment, which itself is fairly sick.”

He explains that this lies at the heart of the problems that Gordhan had in drawing up this year’s Budget: “Because, with slower economic growth there’s a falloff in the growth of government’s revenue stream; and therefore it has greater difficulty in meeting its targets to reduce the shortfalls between what it receives in taxes and what it spends.”

Taking this into account, things could have been a lot worse on the tax front. “Budgeted growth in tax revenue is expected to rise to 10,8 percent in 2013/14, up from the 9,1 percent growth estimated in the 2012/13 fiscal year,” says Jammine. Admittedly higher than what was originally predicted, but with government needing money, this could have been a lot higher.

Another way government can acquire the funds it needs is through budget deficits; money borrowed to compensate for the difference between its expenditure and revenue. “It’s a well-worn cliché that Gordhan had very little room to manoeuvre in drawing up the 2013/14 Budget,” Jammine explains. “Economic growth over the past year, and prospects for the coming year, have turned out to be weaker than budgeted for a year ago. Consequently, growth in government revenue is falling behind the original Budget correspondingly.”

He adds that it is, therefore, no surprise to see the budget deficits, for the current fiscal year and the next two fiscal years, revised upwards – luckily only modestly. The fiscal deficit for 2012/13 came up a bit higher (at 5,2 percent of gross domestic product (GDP)) than the 4,6 percent of GDP budgeted for during February last year.

Jammine explains that starting off from a higher base of deficits for the current fiscal year, it is not surprising to see that the budget deficit for 2013/14 has been revised upward to 4,6 percent of GDP, when compared to the 4,5 percent in the Medium Term Budget Policy Statement (during October) and four percent of GDP at the time of last year’s Budget.

He adds that Gordhan should be forgiven for increasing the budget deficit, in the face of economic growth that has been slower than previously projected. “And after all, even with these increases, the government debt to GDP ratio didn’t rise too sharply,” he says.

However, Jammine is intrigued by this, as he thought that the shortfalls would heighten the chances of Gordhan increasing taxes, which he didn’t do … And he also didn’t revise government’s forecasted expenditure downward. “I am wondering, how is he managing not to increase tax revenue, not to cut back on expenditure and to limit the increases in the budget deficit to levels that aren’t quite as horrific as they could have been?”

He believes: “This is probably because in the last five years, government managed to set aside an additional small amount, known as a contingency reserve, for unforeseen developments. This has amounted to approximately one or two percent of total expenditure, saved for just in case we have a drought, a national disaster or something unexpected that would need additional funds.”

He explains that government set aside around R40 billion, between 2008 and 2012, in its three-year cumulative budgeted contingency reserves. In a little footnote on the Budget Review, Jammine found government stating that it hasn’t had to use this reserve for many years. “It says that only R4 billion of the full R40 billion, has been used. Therefore a decision was taken that there is space available to cut back on this reserve, trimming it back by over R20 billion over the next three years.

“And presto, by manipulating the books we’ve managed to get figures that aren’t as bad as we originally thought would be the case. Good for him, some clever accounting you can say,” remarks Jammine.

“However, as much as we’d like to comment on the Budget and Gordhan’s input, his capacity is limited by what happens internationally. And in that regard I’m getting really scared,” says Jammine. “Not only about the long-term future of the world economy, but even about my own ability to one day put my feet up, and say I don’t need to work anymore.”

He explains that, internationally, the world authorities are deliberately pushing interest rates down in order to solve their huge debt problems. “By driving rates lower all the time, the authorities are in fact telling people to go out there and spend, to just get things going and to forget about the future.” He adds: “They’re basically saying that our children can worry about the rest. And, as interest rates are theoretically the trade-off between present and future consumption, this can have catastrophic repercussions.”

“I find this terrifying … because at some point, when this trend of downward interest rates turns around, all hell could break lose.” But on a more positive note, Jammine says: ”I don’t think that this is going to happen in 2013/14.”

“However, looking further ahead, that is going to be a bigger danger to our wellbeing than Gordhan’s Budget – where he didn’t do a bad job, as he had a difficult balancing act to complete,” Jammine concludes. 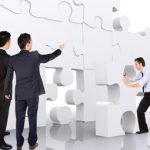 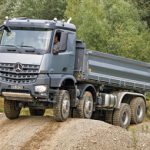