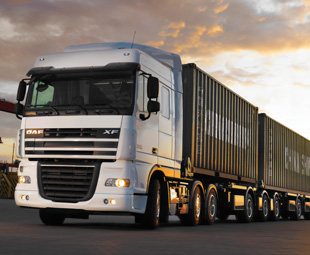 DAF maintained its South African market share during the brand’s second year of trading under the Babcock banner – and this year it’s raising the bar towards achieving a 10 percent foothold, as aimed for during Babcock-DAF’s launch in 2011.

Wilna Steyn, main board director of Babcock in Africa and responsible for DAF business, points out that Babcock decided to aim for a 10 percent share of the South African market before it started distributing DAF products. “We’ve maintained our share over the first two years of trading, and are now gearing ourselves up to achieve that 10 percent goal.”

She adds that, up to now, Babcock has focused on establishing itself and the DAF brand within South Africa so as to create a base for further growth. “Our international trademark is ‘trusted to deliver’, and in our first two years, we’ve really gone out to ensure that we have a base from which we can live up to this promise.”

Steyn explains that the company has focused on establishing a sound dealer network and training its technical and customer-interface staff, as well as its dealers. “We’ve made sure that we have the necessary systems and procedures in place to ensure well-supported after-sales service,” she adds.

This is a reflection of Babcock-DAF’s service commitment, which is one of three aspects that, as Steyn points out, make the company a leader of the pack. “The second thing that sets us apart from our competition is the product itself – it is a world class product,” she says, referring to the market share DAF holds in Europe and the UK to support this statement. “DAF is the leader in the extra heavy tractor sector in the UK and in Europe.”

Babcock decided to bring the XF 105 460 hp (343 kW) and the CF 85 410 hp (306 kW) into South Africa. “It is with these flagship products that DAF has achieved its market share overseas,” explains Steyn. However, she points out that DAF makes a truck for every application.

XF and CF stock is available in 6×4 tractors, but any configuration for any application can now be supplied. Examples of this are LFs, Euro-5s and abnormal load trucks specifically designed for customers, which have been sold in South Africa. (LF’s are smaller models with GVM ranging from 7,5 to 21 tonnes.) Babcock plans to evolve its South African product range by bringing in more vehicles as stock standard items in the future.

The third aspect Steyn highlights, which sets Babcock apart, is the company’s ability to adapt to its customers’ needs and requirements, providing tailor-made solutions as required. “We want to form long-term partnerships with customers as opposed to a ‘Let’s sell a truck and get out of here’ attitude,” Steyn continues.

The company plans to expand this partnership arrangement into Africa by opening branches in Mozambique, Namibia, Zimbabwe and Tanzania. “The DAF product is very well known and liked within Africa, with a lot of DAFs already running in Tanzania,” says Steyn. “We want to grow into and support all the products and customers in these regions.” (Babcock already has a presence in Zambia and Botswana.) 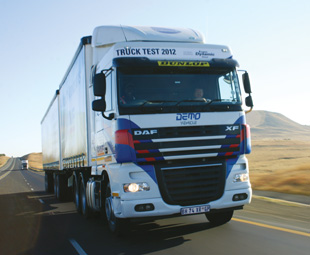 The Euro-5 compliant XF 105 6×4 truck tractor with SCR technology received a “highly commended” accolade in the category of Best Product Over R1 million at the Green Supply Chain Awards last August. This initiative aims to recognise and reward companies that are minimising their supply chain processes and actively improving their environmental performance.

On the global front, in keeping with the important environmental trend towards a greener world, DAF International launched its new flagship XF Euro-6 model at the IAA International Motor Show held in Hanover, Germany, in September 2012. This vehicle, scheduled to enter production in April, enables DAF to adhere to the stringent Euro-6 emission standard that is scheduled for implementation in January 2014. In addition to this, DAF international generates 30 percent of the power used in its factories from its engine testing facility.

Of course, this isn’t the first time that the sector has gone through an uncertain period. “Transporters and manufacturers have been through tough times in the past, but have learnt how to adapt to difficult conditions,” adds Steyn.

Despite the uncertainties, Babcock’s goals and objectives remain focused on its path towards a 10 percent share of the South African market – which it aims to do by strengthening and expanding its network, training its employees and dealers even further and supporting its customers the best way it can.

“It’s been two years of training, and we’ve learned a lot,” says Steyn. “We’ve established a strong base from which we can grow, and I believe there are exciting times ahead for Babcock and for DAF as a brand in South Africa.”

Posts by Focus on Transport
Prev Looking ahead to 2013
Next My, how far we’ve come! 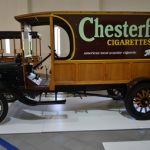