Much ado about bussing 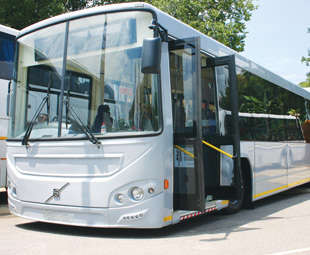 The 2014 national conference of the Southern African Bus Operators Association (Saboa) brought some very interesting points to light – notably that the local bus industry is not performing! Here are some highlights.

With the reading of a single speech, it would seem that the Department of Transport admits that public transport in South Africa is not up to the standard that it should be …

“A review of the past 20 years, and the contribution that the transport sector has made during this period, indicates that some improvements have been made. However, there is still much to be done to bring public transport services up to the level that is published in the 1996 white paper [on national transport policy], since a holistic view shows that the system has not performed,” said Mathabatha Mokonyama, deputy director general for public transport, as he read out the opening speech at this year’s Saboa conference, on behalf of Minister of Transport, Dipuo Peters.

For those unaware of the white paper, it provides for “the promotion of a safe, reliable, effective, efficient, coordinated, integrated and environmentally friendly land passenger transport system in South African urban and rural areas, managed in an accountable manner, to make sure that people experience improved levels of mobility and accessibility”.

Adding his own voice to proceedings (followed by a round of applause) Mokonyama said: “I must confess that I agree with those of you who say we need a mid-term strategy review; after the 16 years we’ve taken to try and implement the white paper and not having performed as expected.” 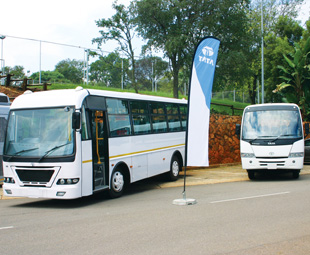 This raises the obvious question of why, exactly, the South African public transport system is underperforming and not yet at the level it should be – despite Peters stating in her speech that the department of transport has “committed itself to ensuring significant improvements in the provision of public transport services”.

Jackie Walters, strategic advisor to Saboa, might provide some clues. “There are many exciting developments in public transport beginning to gain traction, but the big concern from the traditional bus industry is that we’ve seen no real progress during the last
16 years,” he says, pointing out that buses are the second-largest mass transit option in South Africa and often the only option in rural areas.

Walters notes various aspects that need to be addressed to resolve some of the industry’s current issues; chief among these being underfunding. Despite steadily rising costs for fuel, importation and labour (among others) over the last eight years or so, government subsidies have been well below inflation. In addition, the Division of Revenue Act (DORA) has had major implications for the industry since its introduction in 2009.

According to Walters, the act has resulted in serious underfunding compared to the agreed contractual escalation formulas. Commuters have had to face significant fare increases due to the lack of funding, and companies have had to review bus replacement programmes, bus services and other areas of operations.

“The industry is in danger of collapse due to underfunding as a result of DORA,” Walters notes. “Yet, when combining the respective funding sources and requirements, it points to the fact that there is no real shortage of funds for public transport. It is the uncoordinated manner in which the available funds are being spent, which leads to modal sub-optimisation and the neglect of others,” he says. 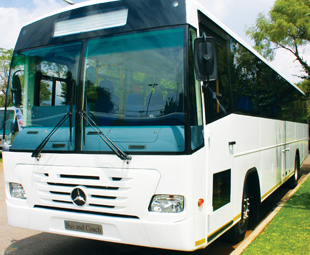 How does Walters suggest we prevent the commuter bus industry from being “financially stangled”? He advises: “It is great that billions are being poured into rail, Gautrain and bus rapid transit systems (BRTs), but it’s equally important to protect and invest in what we have.” He also suggests that a more holistic view be taken of the public transport system, based on integrated transport plans.

However, says Walters, despite many policies and strategies, policy progress and implementation have been “excruciatingly slow”. Some negative spin-offs of this have been that no expansion of the bus commuter system has been allowed since 2001; subsidised bus operators have been on short-term contracts from as far back as 2003 and cannot enter into long-term contracts; there is no clarity on how SMMEs will be empowered; and the complex compliance criteria has not been discussed with the industry.

“We also dare not forget that there are many more role players that would like to be part of the commuter transport subsidy system (that are at present excluded) such as SMME bus operators and taxis,” says Walters. “Billions of rand have been invested in bus operations in the country in the form of equipment, infrastructure and people. This entire investment is under threat due to consistent underfunding.”

Turn to page 66 for a more in-depth look at funding for the bus industry.

In his presentation pertaining to the slow progress of implementing a public transport policy, Ismail Vadi, Gauteng’s MEC for transport, highlighted sustainable transport as the goal for local public transport.

He opened his address by stating: “My term is coming to an end soon, so I feel I can say what I want to here today, because I won’t be here next year for you to hold me to it. It’s as though I’m being liberated.”

According to Vadi, the biggest issue affecting the pace of change in the public transport system is the fact that the current model is outdated. “We can no longer design our transport on apartheid spatial planning. This model also affects the way subsidies are distributed because transport subsidies predate 1994,” he says. 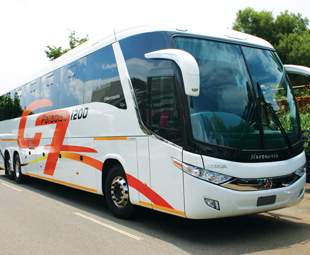 With this in mind, the subsidies don’t take into account the developments that have taken place and this model is no longer sustainable. According to Vadi, the fragmentation of the bus industry is also not helping. “We need a strong coordinated voice, but you [Saboa] are very insular in your approach to things. Your demands are not suited to new challenges.”

Vadi adds that it is not just about increasing the budget, but rather how transport can facilitate social development. “Transport strategy needs to be linked to economic strategy. The 25-year integrated transport master plan (ITMP 25) has been approved and will be the basis for all transport plans in the future,” he says.

“The vision of the ITMP 25 is an integrated and efficient transport system in Gauteng that promotes sustainable economic growth, skills development and job creation, fosters quality of life, socially includes all communities and preserves the environment,” says Vadi.

Driver behaviour was the central theme to emerge during a discussion on initiatives to improve road safety. According to Gilberto Martins, CEO of the Road Traffic Management Corporation (RTMC), the corporation seeks to change behavioural patterns of drivers by educating people on road safety and inculcating responsible driver behaviour on the roads.

“We can provide the education, but the question is: Are drivers listening? We need to work with everyone in the industry, because when a bus crashes its not just one or two people who lose their lives.”

Martins adds: “I applaud bus operators who are in the room, because it is important for the RTMC to meet with as many stakeholders as possible, in order to discuss and understand all the issues and to promote road safety.”

Francois Meyer, general manager of Golden Arrow Bus Services (GABS), shared the extensive plan the bus company has in place to make sure its drivers are committed to road safety.

According to Meyer, GABS has improved recruitment tests, driver training and short courses on road safety. In addition, the company has managed to foster a culture of road safety among its drivers with a system of recognising good driving behaviour, (through the Driver of the Year competition) and sharing compliments from the public and staff, as well as through the use of technology, such as the DriveCam camera system, which monitors driver behaviour. GABS also ensures that road safety is on every agenda and is spoken about at every meeting. 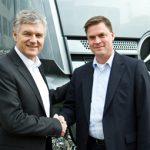 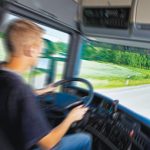