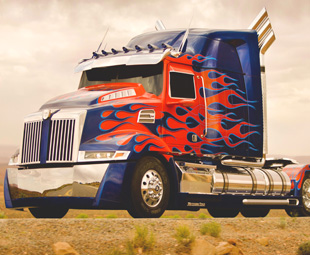 Whether you loved or hated Michael Bay’s rambunctious Transformers science-fiction series, it was at the very least a good excuse to see iconic trucks and cars tear up some asphalt, buildings, highways, and some more buildings.

Despite being depicted as a cab-over truck in the original 80s series, the franchise’s lead automaton, Optimus Prime, had been portrayed as an iconic Peterbilt 379 in the characters’ live action film series.

The 379 could for all intents and purposes be seen as the ’65 Ford Mustang or ’64 Pontiac GTO of long-range road haulers in the United States. Considered as Perbilt’s flagship truck, the 379 was launched in 1987 and has famously featured not only in the Transformers series, but in several other films such as Gone in 60 Seconds and Cars, both in 2000.

However, Michael Bay has opted for a new make and model of truck for the fourth instalment of Transformers to be released in 2014. This time around, a custom-made Western Star was built for the leader of the Autobots’ outward truck shell.

If the Western Star truck were to be given the same metaphorical treatment as the Peterbilt, then it would be the Harley Davidson Softail to Peterbilt’s Mustang. Western Star trucks are all handmade, and customised to the buyer’s specifications.

Another addition to the automotive cast of the new film is to be played by the new Freightliner Argosy cab-over, set to play one of the antagonistic Decepticons.

Whether or not the new truck upgrades will help the Autobots develop some coherent dialogue skills remains to be seen. 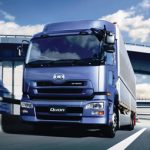 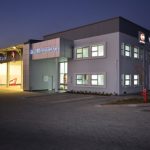