Of aspirations and corruption 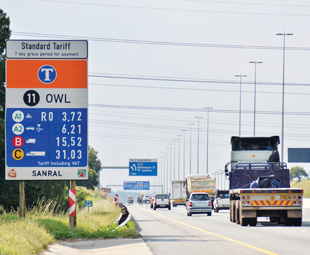 It’s still too early to predict the outcome of the e-toll review process, although, at the time of writing, all indications are that everyone is against the scheme – with one exception …

That will, predictably, be the “cosy club” of civil engineers and consultants.

Let us never forget that this debacle has its origins in the Gautrain, which was forced through without proper analysis. It provided useful experience for “the cosy club”, which then pushed the Gauteng Freeway Improvement Project (GFIP) through its various stages.

At the moment, similar comments apply to the different bus rapid transit (BRT) schemes now underway in certain South African cities. BRT should be robustly questioned, but that isn’t happening, allowing “the cosy club” to continue in business.

In the meantime, however, some interesting submissions have been made to the review panel. Let’s briefly look at two of them. First, the City of Johannesburg (CoJ) has apparently learnt that the “aspirant middle class” is being hurt by e-tolls. Another group, Business Unity (SA) (Busa), has told the panel that the “unprecedented rise in the cost of doing business” will have “consequences” for economic growth. (Saturday Star, August 30.)

Well, it’s about time someone woke up to the already high cost of private motoring and its corrosive effect on the economy. For ten years the Council for Scientific and Industrial Research (CSIR) State of Logistic Survey has been warning us about the high cost of moving freight around South Africa (SA) – R227 billion at the last count – but no similar calculation has been done for people in motor cars.

My guess is that it is around R400 billion a year. “So what?” I hear you say. “It’s private expenditure and we can spend it any way we please.” Fair enough, but 50 percent of motor car travel is work related – a South African National Roads Agency Limited (Sanral) statistic. So, whether we like it or not, another R200 billion or so should be added to the cost of “doing business” in SA.

Sadly, for CoJ, Busa, the Opposition to Urban Tolling Aliance (Outa) and just about everyone else opposed to e-tolls, scrapping them won’t make the problem go away. You don’t create a strong middle class by giving people cheap cars, cheap fuel and free roads. You can only do it by making it unnecessary for so many of them to go to work by car in the first place. The richest countries today got there because grandpa went to work on the train.

So, the message to CoJ, the Chamber of Commerce and Industry and any others who have strong views on e-tolls is this: our focused denial about private motoring costs has provided fertile soil for the awarding of contracts for questionable transport projects such as Gautrain, GFIP and BRT.

CoJ, as the biggest municipality in South Africa, should be giving leadership by fixing the appalling state of public transport within its jurisdiction. Business groups should be robustly questioning the failure of local, provincial and central government to sort out the ongoing fragmentation of public transport throughout the country.

The role (or absence) of the academic world should also be scrutinised. Remember that one university thought that e-tolling was a good idea … That’s what happens when universities place “sponsored” and “contractual” research above their real mandate, which should be to carry out rigorous, independent research.

It remains to be seen whether the e-toll panel will recommend ground-breaking measures to stem the mismanagement, neglect and corruption in transport matters. These measures are not rocket science. Several government policy documents, as well as previous columns in the Hopping Off series, have spelt out what should be done, but we lack the will to actually make it happen.

I am not optimistic that the e-toll panel will connect the dots, given our history of denial and ignorance of transport issues. Nor do I believe that bumper stickers, websites, slogans and legal action can fix our transport problem.

So, we are between a rock and a hard place. Our “aspirant middle class” is in for a long wait. 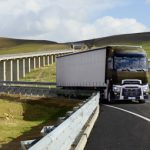 Prev The French aced it!
Next Properly jacked up 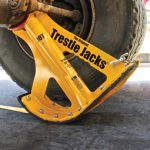