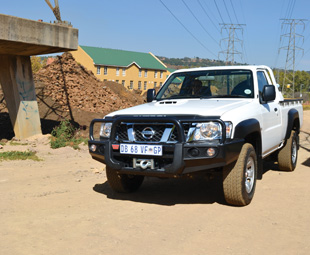 Its looks may not have changed much in the last 30-odd years, but that means nothing when you’re towing a 500-kg genset up a rocky mountain road … GAVIN MYERS puts the Patrol Pickup to the (slightly milder) test.

During 2014 Nissan South Africa released an updated Patrol single cab to the market. Given the Patrol’s Africa-beating reputation – which is on par with arch-rival Toyota’s Land Cruiser – we were excited to see what it cold deliver when we finally managed to get behind the wheel.

The Patrol carries with it a heritage going back 60 years, and Nissan describes it as a no-frills, no-fuss bakkie that builds on this strong foundation laid by its forbears.

That foundation has to be strong, because the Patrol was designed to tackle any job thrown at it. Nissan has widened the rear track for extra stability off the beaten track and fitted the Patrol with its 3,0-litre common-rail DTi engine.

The new engine puts out figures of 110 kW power and 371 Nm torque; available between 1 800 and 2 400 r/min. The four-cylinder engine feels a little flat, though, and exhibited notable flat spots at various points in the rev range when under acceleration. A five-speed manual gearbox is fitted, which feels a bit old school – yet tough – what with its hefty throw and clunky engagement. 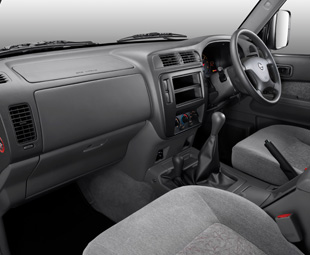 A part-time, four-wheel drive system is fitted with an electronically activated diff-lock and manually lockable front-wheel hubs. Should you wish to put all this path-forging ability to the test in the middle of the Savannah, or find yourself having to attend to a job in some far-flung corner of the country, Nissan has addressed the possibility of running out of fuel by equipping the Patrol with two tanks. The primary tank holds 95 litres and the sub tank 87 litres, making a combined total of 182 litres and a driving range of
1 600 km. Combined fuel consumption is claimed to be 10,9 l/100 km.

The load bay is also home to the full-size spare wheel, which Nissan has mounted at the front left, against the rear of the cab. Unfortunately, for those of us who operate right-hand drive vehicles, this hampers rearward visibility and creates a blind spot at the rear left when looking over one’s shoulder. Nonetheless, visibility from the driver’s seat is otherwise fine.

The Patrol is also comfortable. The seats are big and comfy (and covered in a velour-type fabric that will remind you of ouma’s settee) and do well to cushion the typical off-road single-cab ride. In-cab space is a bit tight though, with minimal stowage space behind the seats and precious few compartments dotted around.

Air-conditioning, power steering with a height-adjustable wheel, electric windows, intermittent wipers as well as warning buzzers for open doors and keys in the ignition are standard. Safety items include driver and passenger airbags and anti-lock brakes.

Nissan backs the Patrol with a three-year/100 000 km warranty and a three-year/unlimited kilometre corrosion warranty. Service intervals are set at 15 000 km and it is priced at R503 700.

So, its reputation may be on par with arch-rival Land Cruiser, but what about the subjectivity of living with it? Well, to me, the Patrol lacks a bit of charm (which I find the Land Cruiser to have in spades) and the 3,0-litre engine is underwhelming. Nonetheless, I don’t doubt the Patrol’s Africa-beating abilities. 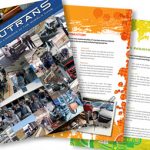 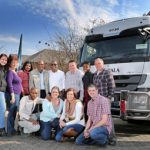