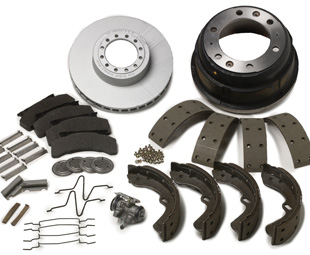 What’s actually happening in South Africa’s components, parts and accessories market? Are local products up to world standards, or is the market being overrun by cheap, dubious imports? GAVIN MYERS poses these – and other – questions to Roger Pitot, executive director of the National Association of Automotive Component and Allied Manufacturers (NAACAM) …

In importance, components, parts and accessories and their aftermarket availability are right up there with the vehicle itself. We need them to keep our fleets running. They need to be of high quality to last in tough conditions while being cost-effective – it’s a balancing act.

So how does our local sector stack up against other world markets, even OEMs? And how do we know what we’re buying is the right product? After all, is there really such a thing as “cheap and cheerful”? To shed some light on this important topic, Roger Pitot, executive director of NAACAM, was kind enough to give us his view as a respected authority on the industry. Established 30 years ago, NAACAM represents the interests of automotive component manufacturers and is nationally and internationally recognised as the voice of the multi-billion rand South African components industry.

The association has 190 national member companies, with 230 regional manufacturing sites, plus 12 associate members (providing mainly logistics, IT and financial services to members). The NAACAM manufacturing members comprise almost 50% Tier 1 suppliers, the balance made up of Tier 2 and 3 manufacturers.

How was 2011 for the components, parts and accessories market?

Final figures for 2011 are as yet still unavailable. However, based on the first nine months of the year, we can give estimates for the full year:

Employment in the industry remained at a subdued level in 2011, estimated at 68 500, 7 percent higher than 2010 (but still 16 percent below the peak of early 2008). The impact on component manufacturers of the 2008/9 global economic crisis has been severe, compounded by ongoing low levels of exports.

The NAACAM members’ annual sales for 2011 is estimated at R51 billion, a 10 percent improvement over 2010; nominally equal to the record of 2008, but some 12 percent lower in real terms. This included some R3 billion of duplicated sales in the form of sub-components. Total turnover of the entire component manufacturing sector, excluding duplication, is estimated at R75 billion (up from R65 billion in 2010). 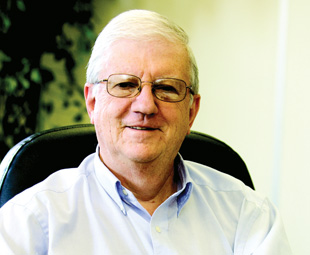 It’s disturbing to note that independent aftermarket sales were down two percent from 2010 and have only grown 12 percent in four years. This is an indication of the impact of cheap imports from Asia which are often subsidised by hidden incentives.

The average local content of the components produced in South Africa is estimated at 60 percent, with those being exported averaging 77 percent. However, the net value of local components used in vehicles is significantly lower, less than 40 percent of the total component value. One of the objectives of the Automotive Production and Development Programme (APDP) to be introduced in 2013 is to encourage localisation.

What do you think 2012 will hold for the market?

For 2012 we’re cautiously optimistic. The big unknown at the moment is the European Union – the destination for 70 percent of our component exports. We expect something around a 10 percent increase in domestic and export sales; but that could be lower if the EU’s economy goes into recession.

How does South Africa’s parts market compare to those overseas?

In terms of global size, our output is just over one percent of the world’s output. However, our quality is First World – something borne out by the fact we export so much to Europe and the United States.

Are there any trends in the market we should be keeping an eye on?

A continuing trend is the growth of imports, in terms of both vehicles and parts. On the parts side, there’s clearly unfair and highly subsidised competition – mainly from China – which in our view constitutes dumping. However, government seems reluctant to act against that for political reasons and, by implication, must accept that we’re exporting our jobs to China.

What about new technologies, such as electric vehicles?

In terms of new powertrain technologies, such as electric vehicles, we feel that’s unlikely to affect us for many years. Others, such as ultralightweight and composite materials, are on the way – but the big question is whether we will be able to justify local production with our relatively low volumes.

So what are some of the biggest challenges currently facing the market, both locally and overseas?

The local market is holding up relatively well and will continue to do so unless interest rates start to rise – which always puts a damper on new vehicle sales. Globally, we’re optimistic about the US and Asian economies but concerned about the EU. An additional challenge could come about if the political situation in the Middle East flares up. That could push oil prices up significantly, which would result in vehicle sales worldwide – and therefore our exports – being threatened.

What about piracy and copied parts in South Africa; how prevalent are those and how can their supply be stopped?

There are a number of pirate parts finding their way into South Africa and the Automotive Aftermarket Manufacturers’ Association (AAMA – of which most members are also NAACAM members) has a team monitoring that. Unfortunately, the problem is growing – but it’s not yet at crisis levels. Customs and the SABS are aware of it and are trying to put in more controls. However, as long as consumers here are happy to buy cheap counterfeits we won’t be able to stop the problem. They need to be educated that piracy costs South African jobs.

What threats do using such parts pose to a fleet? Do you know of any examples of pirated components failing and something going wrong as a result?

First, the consumer must be careful to distinguish between counterfeit parts branded illegally, and substitute parts. The latter are usually legal, but can be of massively differing quality. Consumers and fleets need to buy wisely: that is, from reputable distributors, to ensure they can return any substandard parts. Of course there’s no guarantee you can recover from any damage caused by those parts. We don’t get involved in any such damages, but I’m quite sure there are many instances of substandard parts failing. Just look at taxis, where some accidents have been caused by failure of critical parts, such as brakes, wheels and tyres.