R2MS to rescue you from AARTO 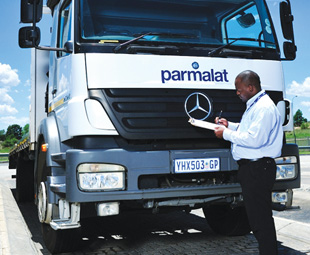 With the now imminent implementation of the Administrative Adjudication of Road Traffic Offences (AARTO) Act, companies big and small will face bigger challenges than ever before in keeping their fleets and drivers in check. GAVIN MYERS spoke to R2X, the first solution provider to offer a comprehensive AARTO management system.

Over the past few years, much has been said, speculated on and reported regarding the forthcoming AARTO system. The topic has even come up in FOCUS a few times, so by now you should have a good idea of its inner workings and what it means for everyone − from the everyday motorist, to the long-hauler and the company whose name is emblazoned on it − especially road safety and traffic offences as a whole.

Happily, we have some different and, I’m sure, more welcome news relating to the AARTO Act. No doubt you’ve wondered how you are going to protect yourself and manage your fleet of 10, 100, or 1000 vehicles once the system comes into play. Never mind the drivers, who probably account for a good proportion of the infringements received, yet aren’t held accountable.

This is the problem R2X – an international software development company – identified, and, as a result, set off on a two-year design and development phase. The end result is R2MS – the only system of its type available anywhere, as far as R2X knows.

R2MS (R2: a play on the company’s name, AARTO, and MS: Management System − just in case you haven’t put two and two together), is an easy-to-use web-based system designed to manage AARTO infringements, and, if used correctly, the system is designed to benefit one’s company by reducing AARTO compliance risks, costs of fines, penalties and potential downtime by streamlining the entire AARTO compliance process.

According to R2X, this should result in improved resource efficiency and allow informed decisions to be made about drivers, vehicles, points and fines.

With its user configurable interface, it is apparent that no matter the size of one’s company, R2MS is designed to be as user friendly as possible. Among a massive host of features, you can view a centralised risk breakdown of all regions; track, report and manage driver infringements and demerit points; configure email and SMS alerts; and automatically generate all AARTO forms required for submission.

An electronic pre-trip inspection feature (that comes at an additional cost) has also been integrated, so problems can be caught before the vehicle and driver hit the road. This utilises a traditional form that needs to be filled in, but with a special pen that reads the paper and uploads an electronic carbon-copy to the system – thus providing ease of integration into the system and soft copy back-up. Importantly, it also ensures each driver takes responsibility for his vehicle, as they would have to sign the form before departing. One can also keep tabs on driver medicals, vehicle licences and roadworthy certificates.

Future features could even include eNaTIS integration, according to Rob Harrison, co-founder and chief information officer of R2X. However, he stresses again that the system was purpose designed with AARTO management in mind – not necessarily fleet management – though he does not deny the possibility of future add-ons.

The R2MS software is available as a service, at a cost of R17/vehicle/month on yearly contracts, though set-up and training is charged for separately (starting at R7 500) and so are the electronic pens and their licensing – though no costs were available at this point.

So far, the company, based in Hatfield, Pretoria, says it has had a great response from potential clients. Ryan Ziegler, Chief Operating Officer of R2X, says that they ran a number of trials with various companies in South Africa prior to launching the product as a final part of its development.

We spoke to Michael Myburg, fleet manager of Parmalat South Africa, who has been using the product as part of this trial procedure for about eight months. “Previous incidents and fines were a tedious process and a huge cost to the company,” he told us, as well as expressing concern over the point demerit system central to AARTO. “It [R2MS] makes it easier to gather information and reduces the paper trail. We track traffic fines much more effectively and now along with notifications that we receive, it makes it easier to manage and finalise the offence. Managing data on drivers and vehicles is less complicated and more easily accessible to the management team.”

The beta version of R2MS hit the market at the end of last year and version 1.0 – officially launched in January 2011 – includes additional features such as the ability to automatically input AARTO fines into the system and scanning of drivers licences, AARTO infringements and operator cards.

So, fear not the challenges of AARTO. There is now an easy way to keep it in check from the outset − as it does the same to you.

Posts by Focus on Transport
Prev Self insurance or external insurance – which route to go?
Next Golfing for greatness 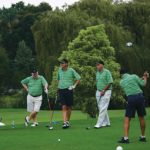