Rest at ease with reliable transport 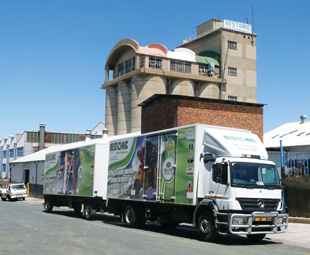 Restonic, one of South Africa’s biggest mattress manufacturers, previously ran a mixed fleet of trucks for several years on its nationwide deliveries.  But with distribution costs on the increase, the company has now opted for the more fuel efficient Mercedes-Benz trucks; offering drivers some extra sleeping comfort on the side as well, writes UDO RYPSTRA.

What’s the connection between the achievement of climbing and reaching the top of Mount Everest and providing a lot of South African families with mattresses to sleep on after a full day’s work?

Next time you hit the freeways and long distance roads of Southern Africa, look out for Restonic vehicle combinations, with high-volume trailers distributing mattresses at the rate of 2 000 units a day to furniture and other chain stores countrywide. The trailers show award-winning photographs of a young South African going for the top of Everest, with slogans that say: “Wake up feeling on top of the world” or “Play in your world… sleep in ours.”

The young South African is 28-year-old Lance Metz, who hopes to become the first African to have climbed the world’s seven highest mountain peaks, next year.  With only one more mountain to go, Mount McKinley (otherwise known as Denali) in North America, he is almost there and you can read all about it on the internet.

What is not generally known is that when Lance is not climbing mountains (a strenuous exercise in the extreme, to say the least), he is in charge of production at five Restonic factories that produce the mattresses, designed to provide ultimate sleeping comfort. In fact, he is the youngest of a Johannesburg family dynasty that has been producing mattresses since 1938 – when the late Isaac Metz launched the family business, Louis and Metz, in Booysens, south of Johannesburg, from a small premises, with a donkey cart for deliveries.

Today, that part of the industrial suburb might as well be called Restonic City, because the business occupies five factories
(200 000 m2 under-cover), including a seven-storey flour mill on a heritage site, which is used for storage.

The company provides work for about 1 000 people, and runs a fleet of about 80 vehicles (including trailers) which bring in the mattress components (steel, wire, plastic foam and covering materials) and then set out from the narrow streets to distribute the full Restonic product range, nationwide. 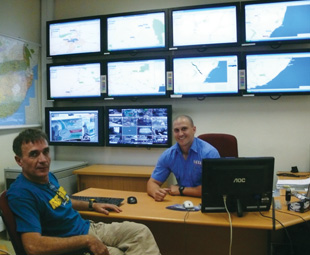 The late Isaac Metz handed over the business to his son Norman who, at 80, is still “adding value” to the business, according to Lance’s father, Michael Metz, who now runs the business.

Michael, of course, is a proud father indeed. In fact, he and his wife saw Lance off at Base Camp on Everest.

The amazing thing about the family is, apart from the mountaineering and business achievements, they are a hard-working family, schlepping in to Booysens at 04:30 (to miss the traffic) to get another day’s production and distribution on its way. They will leave again well into the evening. Michael believes the time has come to find bigger premises for one big factory and vehicle depot elsewhere.

“Logistics has become a major issue in our business,” said Michael. He explained that in the past, after the donkey cart and a Bedford that replaced it (and is still going), they used to deliver free of charge via a mix of their own and outsourced bakkies and trucks. But with distribution costs increasing and trips expanding cross-border to countries such as Namibia, Botswana, Swaziland and Lesotho, they decided two years ago to run their own fleet of old vehicles and buy new ones. Because of the shortage of good drivers, they had to go for light Japanese trucks and Korean bakkies.

Michael consulted with Wayne Trollip of Mercedes-Benz Commercial Vehicles, Durban, whom he has known for more than 30 years. He initially decided to go for two Actros 4×2 truck-tractors, and subsequently purchased four Atego 1528 truck tractors and rigids. He was so impressed with their fuel consumption that he recently decided to purchase two Axor 1828 4x2s with the body and drawbar-trailer dimensions optimised for volume by Transpec.

In a way, they decided to go for the best of both worlds. After all, the Axor is positioned between the Actros and the Atego range.  Many private hauliers and fleet operators have opted for the Axor as it is an ideal vehicle for distribution, for either a payload or volume application.

Payloads are only up to five tons on full drawbar length as mattresses make for high-volume loads. Often this also takes skilful driving in strong cross winds.

Harley has designed his “Trucker Joe” ops room around Digicore’s C-Track system, with eight large LED screens showing vehicle movements in various provinces and another two showing the manufacturing activities in the factories. The new Axors have “Trucker Joe” stickers on the driver’s door to remind drivers that once they leave the yard, they’re not “their own boss” but are being watched.

“You have to be careful who you put on these vehicles and we allocate the more experienced drivers to them. I can’t give fuel consumption figures yet, but I have had very positive feedback from the drivers. The chassis cabs are also more convenient to sleep in,” said Harley.

So what will young Lance be sleeping on next time he comes down the mountain?

Lance will most definitely be sleeping on his Restonic mattress that will give him the rejuvenation needed for his body to recover, to take on his next mountain. 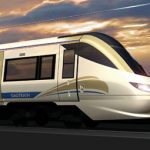