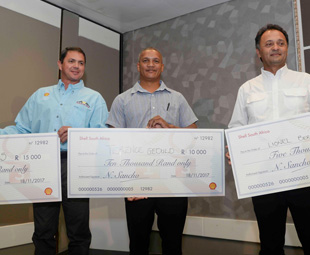 Shell Commercial Fuels South Africa announced the winners of its 2017 Trucker of the Year competition at an event held at the Riverside Sun hotel in Vanderbijlpark at the end of November.

“The Shell Distributor Driver of the Year competition is an initiative aimed at developing excellent driving skills among our distributors. Every month the performance of our drivers is tracked using proactive and reactive criteria.

“Positive and negative scores are monitored to ensure that we have a full understanding of where corrective intervention is needed,” says Imraan Ally health, security, safety and environment manager at Shell SA.

Drivers who do not perform well are re-trained by the driver trainers to reinforce the right behaviours and only the top two drivers from each distributor enter the finals.

“The initiative is in line with our strategy of Goal Zero that promotes no harm to people, the environment and assets,” says Nischal Sancho, trading and supply products manager at Shell SA. 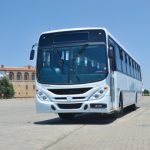 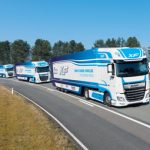