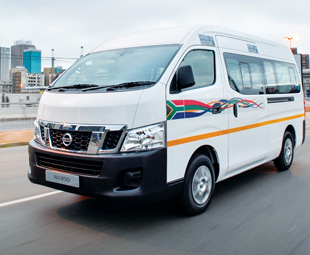 Transport for the hundreds and thousands of cross-border commuters is by any means available, from dodgy passenger vehicles to taxis and buses. KIM KEMP looks at what the public transport of choice is presently, and why …

Taking a ride on a luxury passenger bus, contrary to popular belief, is not the standard mode of transport to go across the border.

According to Eric Cornelius, executive manager for the Southern African Bus Operators Association (Saboa), the trend, over the past five years, has seen a dramatic reduction in bus transport across the border, which is reflected in the number of permits issued by the Cross-Border Road Transport Agency (C-BRTA).

One would find this odd, given the supposed “perks” of travelling in relative comfort in a bus or coach, as, realistically, they are built for long-distance travel, right? They are also safer and more comfortable and reliable than taxi-type vehicles. As most cross-border routes are long-distance routes, the bus industry should, therefore, form the backbone of cross-border transport; but this is obviously not the case.

In 2013, Saboa expressed concern to the C-BRTA about the future of the cross-border bus industry. Cornelius explains: “We obtained statistics from the C-BRTA about the number of permits issued to bus operators and taxi operators for the period 2007 to 2008 and 2011 to 2012. The statistics in respect of Lesotho, Mozambique, Swaziland and Zimbabwe were telling.” The table below testifies to the dramatic decline of cross-border bus travel:

It seems that there are a number of factors that play a role in the dwindling numbers. For one, this means of transport is way past the average commuter’s budget – and besides, you can’t take your bicycle or box of chickens with you, while travelling in velour-rich comfort, can you? 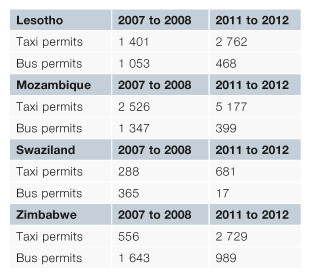 Sidwell Nche, owner operator of City Road Trans Service, paints a gloomy picture for the cross-border bus services, citing a dramatic dwindling of numbers directly after 2010. “In 2007 I used to earn in the region of R120 000 per month with my five buses, but immediately after 2010, this figure dropped to less than R50 000 per month. I am very lucky to even make that amount,” he adds despondently.

According to Nche, he has had to sell one of his vehicles and is looking for other deployment for two of the remaining three buses. “The increase in taxis going cross border has significantly undercut my business by at least 30 percent. I have resorted to looking for subsidised facilities to enable me to operate locally, and no longer cross border.”

Alex Heyns, depot manager, Vaal Maseru Bus Service says, “One must see the taxi industry as a growing industry, even under the current difficult economic circumstances. It is still relatively easy to enter the industry; the recapitalisation programme gave the operators a new lease on life, with replacement vehicles in a better condition than the ones they owned before, affording operators who previously could not enter the long-distance passenger market a position to now do so. It is also still relatively inexpensive to enter the taxi industry, owing to the low prices of vehicles in comparison to purchasing coaches.”

A darker side of the industry is the increase in unqualified taxi operators, operating on the same route as the licensed bus operators. According to Nche, “Border officials – with a vested interest in the illegal operators – are favouring taxis owned by family members, on specific border posts, namely: Maseru, Ficksburg and Caldonspoort,” he says with distaste.

Another concern is saturation of routes. Cornelius adds: “For the past ten years Saboa has been asking the C-BRTA how it regulates market access to determine when a route is saturated? It has appointed the CSIR to assist with a study in this regard. The first phase of the study is nearing completion and should be available shortly,” he adds optimistically. However, C-BRTA is a self-sustained enterprise and its mainstream income is through the issuing of permits, thus: fewer permits equals less income …

Heyns adds, “Although the C-BRTA imposed a moratorium on the registration of new taxi associations, it did not limit the number of members that can belong to such associations. Thus, new entrants to the market registered themselves as members of the existing associations and they obtained permits through the relevant processes. In effect, the moratorium did not prevent new entrants into an already-saturated market, during the past 36 months, especially.”

The bi-lateral agreement between South Africa and Mozambique, according to Heyns, stipulates that an equal number of permits issued in South Africa, may also be issued by the Department of Transport of Mozambique. “With illegal taxi operators causing immense problems in the marketplace, this issue can only be resolved by law enforcement, as taxi associations will not meet and strategically plan how they will face these challenges, but rather turn on bus companies and, through various ways and means, intrude on the market share of these operators. It is unfortunate that these ways also include violent intimidation,” he adds.

Heyns also points out border issues. “Buses are stopped by various law-enforcement agencies at borders and at weighbridges. It sometimes happens that a bus, en route from Rustenburg to Mozambique, will be stopped six times before reaching Komatipoort. One can imagine how paying passengers feel by the time they reach the border gate,” he adds.

Under these various conditions, it becomes abundantly clear why the taxi is the transport of choice for cross-border travel …

In closing, Heyns stresses: “Fewer permits should be issued, and then only given to reputable transport suppliers.” 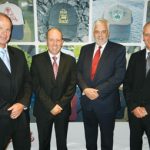 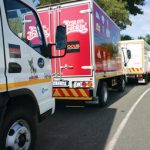