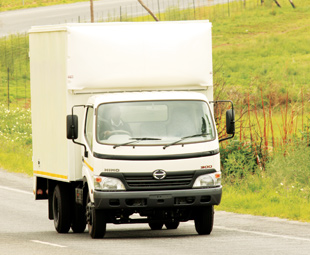 Air-conditioning will be standard for all trucks in the Hino 300 Series in the 2010 model year. This important upgrade in driver comfort comes at the same time as a switch to engines that comply with Euro 3 emission regulations, which are more stringent than the Euro 2 specification level that will be a mandatory requirement for trucks and buses in South Africa from 1 January.

Speakers and radio connections for an audio system are also now part of the standard specification, but it is up to the operator to fit a radio of his or her choice.

Production of the seven new 300 Series models started on 1 December at the Hino manufacturing plant in Durban. Importantly for operators in these tough economic times, there will be no price increase when the new models are launched.

“We have taken the opportunity of the switch to the new range of cleaner N04C engines for the entire Hino 300 Series line-up to relook all aspects of this popular truck’s specification, particularly where it affects driver comfort, which again impacts on safety and productivity,” explains the general manager of Hino, Casper Kruger.

“The air-conditioning system fitted to our trucks uses the latest technology which minimises its impact on fuel consumption. In fact, we believe that a driver operating in a cool environment in the hot South African summer will be in a better able to concentrate on efficient driving, which should translate into fuel saving and a heightened level of traffic awareness,” adds Kruger.

Three versions of the base N04C 4-litre engine will be used, with varying outputs derived from the use of different turbochargers and the level of boost. Besides producing far fewer and less harmful exhaust emissions the latest engines offer major benefits in terms of an increase of 23% in power and 27% in torque compared to the Euro 1 specification engines they replace.

The Euro 3-compliant N04C TT power unit was introduced to the South African 815 and 915 models in the middle of 2008 and it has proved very reliable and been well accepted by the local operators, even when operating on fuel with 500 parts per million (ppm) of sulphur rather than the preferred 50 ppm fuel available in certain areas of the country.

The 815 and 915 models make use of the six-speed Hino MYY6S manual transmission and the remaining models makes use of the five-speed Hino M550 manual transmission, with gear and final drive ratios matched to the relevant engines and GVM of each specific model. The higher differential ratios that can be used with the more powerful engines will result in improved fuel consumption, overall vehicle efficiency and ultimately engine life, all of which result in a substantial improvement in operating costs.

The Hino 300 Series, which was previously known as the Toyota Dyna, continues to be South Africa’s medium truck of choice and has been the top seller in its category for the past 28 consecutive years. Total sales from launch in 1965 to the end of October 2009 now totals 82 371 units.

“We are very proud of the success enjoyed by the Dyna and its successor, the Hino 300 Series, and we will continue to adapt and upgrade our models to stay in the leading edge technologically,  while providing ongoing peace of mind for the operators in terms our proven record for quality, durability and reliability,” concludes Kruger. 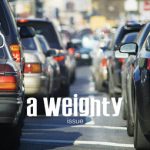