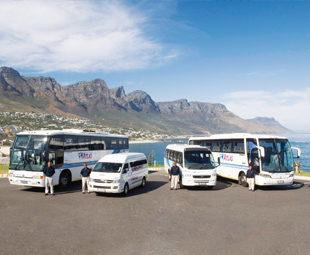 In an economy where so many corporations are profit driven, it is refreshing to profile a company that is motivated by safety before money. Springbok Atlas is not just uplifting the reputation of South Africa as a responsible tourist destination, but, as KERRY DIMMER reveals, it is also charming the dispositions of the world’s greatest rugby, cricket and soccer players.

Springbok Atlas has all the assets that make it the prime choice for en-masse coach travel in Southern Africa. For more than six decades, it has been instrumental in developing the tourism sector in South Africa, evidenced by its being voted, in July this year, one of the top 10 tourism brands in South Africa in the SA Tourism Update Marketing Index.

“The further accolade of qualifying as a finalist in the Focus on Excellence 2009 Best Bus Operator category is a real feather in our cap, because this is recognition that we did not go out and look for. We are being identified not just as a leading South African company, but one that is honoured by the industry for maintaining the highest standards achievable in our sector,” says Craig Drysdale, national general manager of the coach charter division of Springbok Atlas.

The organisation’s success is largely attributable to its primary tenet of safety before money, says Drysdale. “It’s somewhat of a mantra for us. But if you consider that Springbok Atlas is the preferred choice for up to a million passengers a year, then emphasising the well-being of our passengers cannot be stressed enough.”

It is also the preferred choice for road transportation of the world’s top sporting teams. The Springboks, British and Irish Lions, Proteas and ICC cricketers, Bafana Bafana and FIFA Confederations Cup players have to speedily overcome the massive logistics hurdles that trans-continental flights, altitude adjustments and inbound air and road trips place on them. Ensuring hotel-to-stadium and return trips are as stress-free as possible is integral in maintaining team and individual peak performance.

And then there are the fans. When the British and Irish Lions played at Ellis Park in July, Springbok Atlas put together the largest-ever convoy of coaches in South Africa to get supporters to the stadium in time for kick-off. “Forty-seven coaches under police escort was a sight to behold,” says Drysdale. “It was somewhat of a challenge to get 2 300 spectators to the grounds, but logistics and meeting time constraints are big parts of the service we offer. That we got the fans to Ellis Park an hour before kick-off is testament to Springbok Atlas’ ability to meet challenges and exceed expectations.”

With so many businesses focused on the 2010 FIFA Soccer World Cup as a saving grace for economic stability, Springbok Atlas has little expectation from the short-term financial return of the “40-night one-night stand”, as Drysdale describes it. Instead, the organisation is focused on the potential that the event has to reach the billions of viewers that will consider South Africa as a holiday destination.

“Life beyond 2010 for us means an anticipated booking increase of 10% per annum. This is in line with South Africa’s tourism expectations and, if this plays out as anticipated, we will be helping to create jobs and build on infrastructural growth,” says Drysdale.

Springbok Atlas’s entire fleet was booked out for the World Cup 18 months ago. Level-headedness prevails as the company decided not to increase its existing fleet substantially just for the World Cup, but rather to address the shortage of coaches throughout South Africa by deciding not to sell, as is done every year, some of its fleet. Instead, refurbishment of those vehicles will be undertaken, thereby increasing capacity. 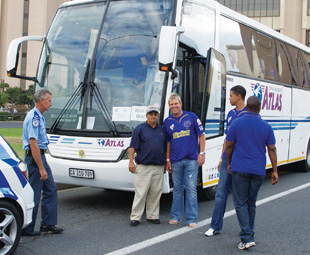 However, the purchase of 22 new luxury coaches (something Springbok Atlas had planned anyway), added to the 14 acquired last year, makes it the biggest capital investment in the fleet of any touring and coach charter company in the past 12 months.

Springbok Atlas’ 187-strong fleet includes Scania, Volvo and Mercedes-Benz engines, with bodies sourced from Marcopolo, Busscar and relative newcomer, Irizar. Fitment, refurbishment, repair and maintenance of the coaches are undertaken at Springbok Atlas-owned workshops at its major depots in Johannesburg, Cape Town, Port Elizabeth or, as is the case in Durban, are outsourced to original manufacturer’s workshops.

The company also demands the highest level of driver ability. All Springbok Atlas drivers are fully employed. Drysdale maintains that in this way they can monitor and maintain the medical status of the 200 drivers they use. “It is imperative that we ensure a clean bill of health for our drivers before they are allowed to drive the passengers that trust us to ensure their safety and peace of mind.”

Comfort is also of paramount importance to the myriad of travellers using Springbok Atlas for special interest travel, scheduled tours, conference and airport transfers. Passengers can expect the latest technological advances, such as on-board computers that control and measure driver performance, and the recently installed T4 System for logistical control that allows for depot monitoring of the fleet in real time.

“Our staff must be accountable for all aspects of a trip,” insists Drysdale. “Be that in the office or on the road. We don’t just ‘need to know’ what is happening on the road, we also have an obligation to our contractors to ensure that every aspect of the journey is being monitored. Technology updates are crucial to assure European and American travel agents, in particular, that we are in line with international standards. Synergistic relationships are also important to us. We actively work with the Department of Transport, airports and traffic departments on all issues of effective transport management.”

Springbok Atlas has been part of JSE-listed Imperial Holdings since 1992 and embraces the group’s policy of addressing the needs of previously disadvantaged people. Its social responsibility programmes have provided individuals with the means to become professional tour guides; to own and operate cleaning and security services companies; and assisting black entrepreneurs to acquire second-hand Springbok Atlas coaches in the development of new transport businesses.

Communities are also benefiting from the big heart of Springbok Atlas. Reach for a Dream, Habitat for Humanity, the Starfish Foundation, Be Your Best Foundation and East Coast Radio, in conjunction with Damelin College, have all secured donated travel to achieve dreams that might otherwise have been impossible.

If CJ Langehoven were to take a Springbok Atlas coach trip today, the journey would epitomise the Call of South Africa that he wrote in 1918… “the blue heavens above, the deep seas breaking round, the everlasting mountains”. But instead of creaking wagons facing peril, this would be a luxurious journey of safety, guaranteed by the leading “complete destination management team” in the country. 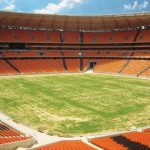 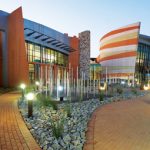