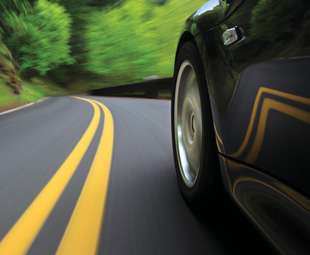 A clarion call, says the Cambridge dictionary, is a very clear message or instruction about what action is needed. Something must have happened while we were sleeping.

For many years now there has been little or no action on the road safety front. A lot of hot air, yes, but walking the talk has certainly not been part of the job description at the Road Traffic Management Corporation (RTMC) in particular.

Sure there has been some movement – mostly in the CEO’s office, but very little elsewhere. The only tangible area where some measurable activity has taken place is in the area of law enforcement. The ongoing scrutinising of vehicles in the Million Vehicles a Month campaign has worked – even though some municipalities submitted bogus returns. This is South Africa after all.

But then what happened to the rest of the deal we thought we were getting with the RTMC? Where is the crash data that is so vital to informing road safety activities and evaluating them? What happened to the road safety strategy? In May 2013, it will be two years since the launch of the United Nations (UN) Decade of Action for Road Safety.

The RTMC took the reigns as the lead agency to run with this programme. To our absolute embarrassment as South Africans, they have done nothing. The strategy is still being written – believe that if you will.

No wonder that the number of lives lost and injuries sustained on our roads keeps going up. Someone has to lead from the front and that space is reserved for government. In this case, the Minister of Transport, Dikobe Ben Martins, is the man.

So then what happened while we were sleeping?

It seems as though the continuous bleating about the inefficiencies of the RTMC (and this is not the only government agency to be bleated about) has finally been heard and acted upon.

It would appear that the shareholders’ committee of the RTMC has decided to call it a day. In reality this means that, in principle, the committee, comprising Transport MECs, has taken a decision to disband the RTMC and move its functions back to the Department of Transport (DoT) – a very brave decision but one that makes perfect sense.

Does this mean that the DoT will move to newer offices, seeing as there could be issues with the RTMC lease? I hope so – first off there’s more parking and it is easier to get to from a traffic point
of view!

All that remains is for cabinet to approve the decision and for the Minister to repeal the RTMC Act. In the meantime, the Director General has sent out a reassuring memo to RTMC staff. I am not so sure that I would completely trust the contents of the correspondence. Rats have been known to jump ship on much less information than this.

I have a feeling that the old National Road Safety Council is about to be resuscitated. About time too! 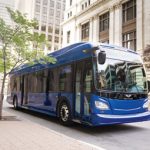 Prev Marcopolo Moves into North America
Next The road to green 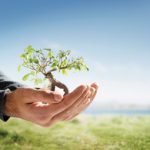