They made you stop… Now they make you go 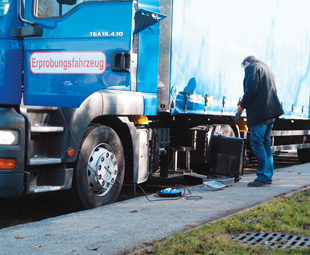 A simple system that promises to reduce fuel consumption by overcoming turbolag has recently been developed by Knorr-Bremse, usually renowned for their air-braking systems. Leading European transport magazine lastauto omnibus put their Pneumatic Booster System to the test – with amazing results. Thanks to the kind permission of lastauto omnibus, FOCUS brings you the findings.

The exact details have yet to be made public, but after 20 years of exhaust emission regulations in Europe, fuel consumption standards for commercial vehicles are now being considered. When? They may be introduced as early as 2016, but at the latest in 2020. Reductions of 14 to 20 percent are being talked about. Much uncertainty exists as to what and how things will be measured and what will be used as a basis for any reductions.

In terms of fuel consumption reductions, vehicle manufacturers are currently at their wits’ end. They all know where savings could be made but are dependent on the lawmakers and component suppliers for practical applications. They would like the lawmakers to concede half a metre in extra rig length to improve aerodynamics. However, such a step is doubtful. 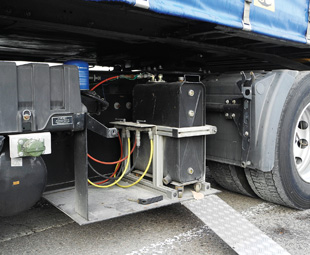 The Pneumatic Booster System (PBS) developed by Knorr-Bremse is a much more realistic option. In South Africa, we don’t get such research information before seeing the technology in vehicles, which makes these findings particularly interesting.

“PBS will already be in operation by the end of 2012,” Knorr-Bremse development engineer Daniel Geis-Esser told lastauto omnibus. As a manufacturer of air-pressure braking systems, it followed that the company would develop in this direction. Briefly, the concept of PBS is about introducing pressurised air into the engine’s induction manifold to put an end to turbolag. Three, four, or maybe more, seconds go by before a large turbo engine develops its maximum torque. Compressed air from the air-brake reservoirs can fill this “hole”, making the engine’s reaction more spontaneous. As a result, gear changes can be made sooner when accelerating, with a corresponding reduction in fuel consumption. Knorr-Bremse talk about three to five percent reduction, depending on the application.

Construction and operation of these systems is, as with all good ideas, very simple. The PBS consists of a cylindrical tube with a centrally located butterfly valve, two pressure sensors, two different sized diaphragm valves and appropriate software that decides whether, how much and how long, pressurised air is introduced. The “whether” depends largely on the accelerator position. The air, at 12 bar pressure, with the volume varying from 40 to 90 litres, enters the manifold over a period of 0,8 to 1,6 seconds. 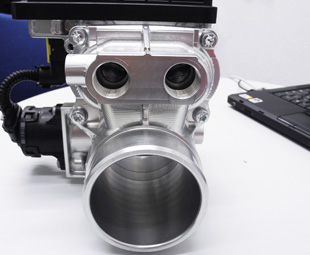 When the PBS is activated, the following happens: the butterfly valve closes, air rushes in audibly, torque appropriate to the accelerator position builds up as the extra air enters, and the rev-counter jumps 100 to 200 r/min. Simultaneously, the turbocharger speeds up faster than it would without the PBS because the exhaust gas energy increases as the torque increases. A digital display shows a jump in the turbo revs from 50 000 to 100 000 r/min. As soon as the air pressures equalises before and after the butterfly valve closes, the valve opens and the engine performs normally.

This function alone resulted in a 1,9 percent fuel saving over a 27 km test route (see table of results). The test rig was a fully laden MAN 19.430 with automated manual transmission (AMT), pulling a tri-axle semi-trailer. Altogether five trips over the test route were made, of which one was to get to know the route. Only the use of the switchable Eco mode of the transmission control showed the true potential of PBS.

Because the motor reacts powerfully to every accelerator movement, even at very low revs, the gear-change points can be lowered. Under acceleration the AMT changes into the next gear at 1 300 instead of 1 500 r/min, with the revs dropping to
1 000 r/min. PBS then becomes active and powerfully and perceptively pulls the motor out of the rev “hole”. The action is similar over undulating topography: as driving resistance builds up over an increasing gradient, only slight accelerator pressure is required to surmount the incline. Without PBS, the AMT would change down a gear. The positives of PBS are more time in top gear, lower average r/min – and a very healthy fuel saving of 6,9 percent in the final test run.

This saving is clearly more than can normally be expected. Similar tests conducted by Knorr-Bremse resulted in savings of 4,3 percent. Obviously the extent of the savings will depend on the route. A relatively high number of starts and accelerations, or hilly topography, like the lastauto omnibus test route, will increase savings. Even in long-distance applications, the potential saving could be as high as two percent – and in such an application a faster diff ratio could also be used. Obviously the biggest advantage of PBS would lie in local deliveries and local passenger transport. In these applications, a smaller engine with PBS could replace a larger one. The first practical application of PBS will presumably be in a bus, but Knorr-Bremse would not comment on that subject.

What are the disadvantages? Compressed air usage increases by 20 to 30 percent, which could make a bigger compressor and larger air reservoirs necessary. For the test rig, the standard air compressor was used together with 80 litres more air reservoir capacity. The big advantage: a very reasonable cost of approximately €600 (R6 735).

FOCUS would like to thank Fritz Hellberg of HTM for taking the time and effort to follow up with lastauto omnibus and translating the article from German – Ed. 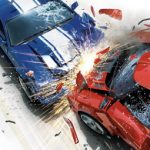 Prev It makes no cents
Next The leading men at MAN 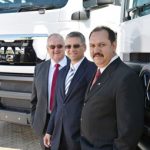