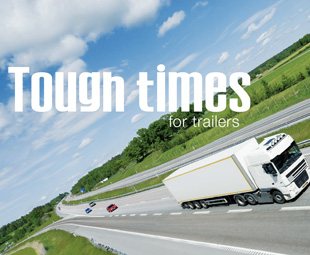 Since the turn of the millennium, the trailer industry has enjoyed a number of very positive years. But like virtually every other sector of the economy, it has experienced a severe reversal of fortunes over the last 18 months. GG VAN ROOYEN examines the current state of the industry.

The fate of the commercial trailer industry – like the commercial vehicle industry – is intimately tied to that of the South African economy in general. Simply stated, transport operators are dependent on a demand for manufactured goods and raw materials. If the economy is doing well, there is demand for products to be moved, which obviously results in a flourishing transport sector.

And the period from the turn of the millennium to late 2007 was a particularly positive time. The economy was booming and the trailer industry benefited greatly from this.

Growth in the mining industry in particular led to a dramatic increase in trailer sales. Commodity prices were at an all-time high and this resulted in a sudden demand for tippers.

“The trailer industry experienced an unbelievably good period between 2001 and the end of 2007. In fact, there was so much business out there that companies could practically choose which contracts they wanted to take,” states Moses Naidoo, marketing manager for Henred Fruehauf.

But this all changed in early 2008. Although a number of factors were involved – such as high interest rates, the global economic crisis and very strict lending criteria – the biggest issue was a steep decline in commodity prices. The commodities market entered a severe slump, which in turn decreased the demand for tippers.

“While we once focused heavily on the tipper market, we are now concentrating far more on the flatdeck market,” states Jerry O’Connor, sales and marketing manager for Top Trailers. “We are still making tippers, but the market is nowhere as big as it was.”

Naidoo agrees. “There is still a market for tippers, especially side-tippers. But because the size of the market has decreased so significantly, everyone is forced to compete for the same, relatively small number of sales.”

Compared to the tipper market, the flatdeck market is doing reasonably well. While it didn’t enjoy the massive increase in demand that the tipper market did, it also hasn’t plummeted as dramatically. But even though this market is relatively stable compared to tippers, it has also seen a considerable reduction in demand.

“Even though flatdeck trailer sales haven’t been as badly affected as tipper sales, the market is still struggling. Trailer sales are dependent on a demand for manufactured goods. So, as long as the economy in general remains depressed, the trailer industry will continue to feel the effect,” states Naidoo.

In fact, Naidoo predicts an overall market sales decline of 50% this year. A very dramatic reduction in sales volumes that will undoubtedly leave many manufacturers – especially smaller companies – struggling to make ends meet.

But while things are bad at the moment, there is at least some indication that things are about to get better.

“I think that the worst is behind us. Things will continue to be difficult for the next year or so, but I believe that we will begin to see some improvement over the next few months,” asserts Naidoo. “Financing will play a big part. For the first time in months, banks seem to be willing to lend money again.”

The question that remains, however, is: what do manufacturers need to do to survive these lean times?

“It’s important to try and diversify. Companies have to be smart and find other ways of augmenting revenue,” says Naidoo.

He also adds that it is far easier for a company to survive if it produces a wide variety of trailers.

“Some manufacturers are going to go under. There simply isn’t enough work out there. It helps, however, if a company has a large product range and doesn’t specialise in one kind of trailer.”

But the most important thing is to focus on improving service. “Companies have to now focus on the things that they could afford to neglect when things were busy. They have to build customer relationships and offer excellent service,” states Naidoo.

O’Connor concurs. “In times like these, customer service is very important. Operators have to be confident that a manufacturer will be willing to go out of its way to meet their needs.” 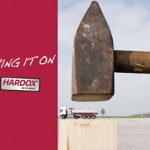 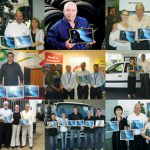