Trailer business up for Serco 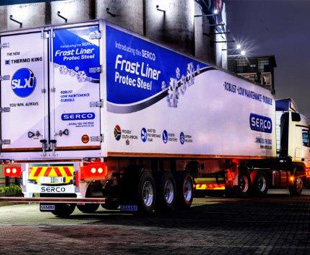 While sales volumes were down 6,5 percent by August, compared to the same period last year, trailer manufacturer and bodybuilding company Serco has enjoyed an improvement in business since September.

“When we reach our financial year end in February 2018 we expect overall sales will be up by between five and ten percent over the previous 12 months,” says MD Clinton Holcroft.

Holcroft puts the recovery in the latter half of this year down to the introduction of the company’s new Protec-steel refrigerated trucks and trailers.

“The Protec-steel units account for 95 percent of our order book, which is a clear indication that the vehicles have been well received and have made a really positive impact on the market,” he says.

Holcroft is cautiously optimistic about business prospects for 2018, and does not expect any “fireworks” with regard to the South African economy. However, the company is currently in negotiations with its technology partners, which could result in exciting new offerings next year.

“The smart technology we showcased in a trailer at the Futuroad Expo in September is already available. It gives transporters instant access to useful data on their vehicles and puts them in a position to run their businesses more efficiently and effectively,” says Holcroft.

The new technology provides information such as the load carried over the axles to help prevent overloading, wear levels on brake pads, electronic brake system (EBS) data and door monitoring.

“The idea is to get an early alert about when maintenance is required rather than having to do physical inspections. An added bonus is that the new technology is available at fairly reasonable prices,” Holcroft concludes. 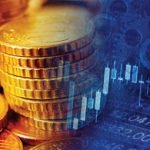 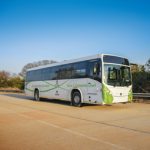