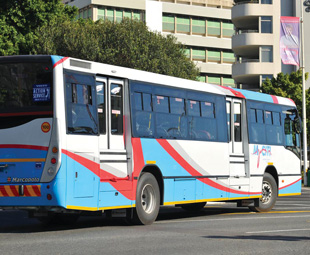 With much money needed in the right places, distortions in where it has gone and what could have been done with it instead need to be investigated.

We need to fix public transport in South Africa, but we won’t be able to make a start unless we talk about serious distortions in the way public transport is subsidised. Let’s discuss two recent triggers that need deeper investigation.

Trigger one: a presentation to the parliamentary portfolio committee earlier this year by Professor Jackie Walters, strategic adviser to the South African Bus Operators Association (Saboa).

According to Saboa, the contracted bus operators are in a state of collapse. For over a decade now, the government has been extending their contracts on a month-by-month basis. Difficulties with financial arrangements between the Treasury and the provinces have also resulted in payments being delayed.

A few years ago the operators had to go as far as the High Court to get their money! Quite understandably, this has made long-term planning impossible and prevented the industry from expanding its services into new areas.

So let’s agree with Saboa. Bus transport gets a far smaller subsidy than rail transport – this year’s allocation is actually R15 billion to rail and R5 billion to buses. These distortions are making a mockery of transport economics. They result in rail fares being ridiculously low compared to bus fares.

The generous treatment of rail transport goes back to around 1907, when the City of Johannesburg began subsidising rail fares. This practice is now so entrenched that it results in a grossly inflated demand for rail transport. Now we want to spend billions on new rail coaches to handle all the traffic resulting from these artificially low rail fares.

What would happen if bus and rail services, routes, frequencies and fares were the same? Equal levels of service and equal fares should be an automatic feature of any integrated plan for all urban areas.

Trigger two: a note from Nic Cronje, CEO of Golden Arrow Bus Services in Cape Town in a recent issue of its quarterly newsletter Interchange, where he says: “The much-acclaimed IRT system has been foisted onto the City of Cape Town as an intervention set to overhaul what has in essence been a functional, albeit neglected, local public transport system.”

He is quite right. South Africa has been far too quick to jump on the BRT/IRT wagon. Johannesburg’s underperforming BRT is draining the city’s coffers and there is no reason to think that Cape Town’s project is any different. In both cities the money could have been more wisely spent by reshaping and fixing the existing neglected services.

So, we can agree that road transport operators should be getting a better deal than this? However, many of the woes of the bus industry can be traced to its own inertia and lack of initiative.

Less money should go to rail and more should go to buses, which should operate on much longer routes and run more hours than trains do. Fare levels should be the same for bus and rail. In fact rail could be more expensive (as in London and as with Gautrain) because it is theoretically faster.

But what does the academic world have to say? Whining that “we wuz robbed” won’t cut it! 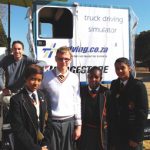 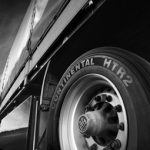