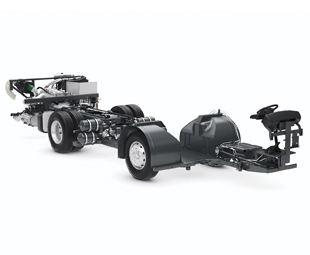 The first covers 1 000 B7RLE chassis to be operated by the Transmassivo consortium in Panama City. This is led by a Colombian enterprise Fanalca Group, which also owns operations in several other Latin American countries. Bodywork for the Swedish-built chassis is to be provided by Superpolo, a Colombian joint venture between Marcopolo of Brazil and the Fanalca Group, and the first units are expected to enter service at the end of 2010. Features include automated transmission, ABS, EBS, air conditioning, disc brakes, and electronically controlled suspension with a kneeling facility for easy passenger access. Delivery of these units is part of a major transportation modernisation programme in this city with its more than one million inhabitants.

Two orders have been received for double-decker buses from Asian cities that have well-deserved reputations as global crossroads. The first contract calls for 300 Euro 5-compliant double-deckers to be supplied to SBS Transit in Singapore. More than 1 700 Volvo buses have entered service in Singapore since 1981. The Volvo chassis selected for this application is the Swedish-built B9TL, which will carry bodywork to be manufactured by UK supplier Wrightbus, but assembled and fitted in Singapore. The vehicles will be equipped with Volvo’s ITS4mobility fleet management system to monitor operational efficiency and driver behaviour. The second Asian order is for 115 B9TL chassis, also with Wrightbus double-deck bodywork, to be supplied to Kowloon Motor Bus of Hong Kong early in 2011. These Euro 5-compliant vehicles with 9-litre diesel engines follow an order for 245 single and double-decker units being delivered this year.

M’dina Bus of Casablanca, Morocco, has called for 400 B7R chassis, to be locally fitted with single-decker bodywork by Spanish bodybuilder Hispano in Casablanca. First deliveries are timed for September 2011, and the order should be completed before the end of 2011. M’dina Bus, a privately-owned company, has been operating Casablanca’s city bus service for the past five years, and has built up a fleet of 500 vehicles. The company normally carries out its own maintenance, but will be looking to Volvo’s ten-year-old Moroccan operation to provide driver and technical training on the new B7R buses. 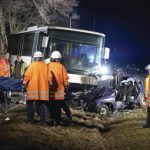 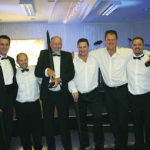