We’ve been there before!

Energy minister Dipuo Peters recently called for an investigation into the possibility of reducing speed limits as one of the ways of improving fuel efficiency and cutting motoring costs.

Obviously from an environmental and long-term conservation point of view there is an argument to use less oil, but it will still be a while before production constraints begin to squeeze South Africans in that direction against their will.

As for reduced costs, who could believe that the government is motivated to reduce speed limits because it cares about motorists and wants to save us money? This is the same government that will soon inflict a 66 c/km toll on Gauteng motorists, remember, which is almost equivalent to doubling the fuel price.

Besides, it is highly debatable whether lower speed limits will actually reduce fuel consumption to any great degree. A car is at its optimal efficiency in any gear at approximately its torque peak. It is no coincidence that the torque peaks of many cars coincide with freeway cruising speeds of 120-140 km/h, to accommodate those general speed limits worldwide. If speed limits are reduced, it’s arguable that modern cars will show increased average fuel consumption since they will be spending more time driving around on the back side of their torque curves. That’s because they are designed for efficient steady-speed cruising, unlike the 1970s gas-guzzlers with their carburettor-fed motors, inefficient drivetrains and brick-like aerodynamics in which reduced speed made a marked difference to consumption.

For those of us who can remember back to the 1970s, a massive reduction in speed limits was forced upon us by the then-government in the name of fuel conservation, only for sanity to eventually prevail and raise us to where we currently are.

Furthermore, one’s average fuel consumption in around-town driving at the urban speed limit of 60 km/h is often double that obtained in freeway driving at 120 km/h, for the simple reason that urban driving requires many changes in speed. The latter fact, rather than higher speed limits, is the main cause of increased fuel consumption. I once demonstrated that without resorting to absurd ‘hypermiling’ techniques I could save 38% over the factory-stated fuel consumption figure for my car, and I performed that demonstration with three passengers in the car. If Peters wants people to use less fuel, for whatever reason, the simplest method would be to advise the minister of Transport to overhaul the licensing system so that people learn economical driving right at the start when they qualify for their licences.

Ironically, the Department of Energy is the very last agency that should be talking about making it the driver’s responsibility to save fuel. If the DoE was doing its job, it would already have fast-tracked upgraded refineries and fuel standards so that South African fuels can be used in Euro 5 engines, which are more efficient and less polluting. It would also be insisting that the CO2 tax collected on the purchase price of new cars be used solely for environmental purposes, rather than going into general revenue where it might end up paying for anything from budget vote parties to SAPS overtime. Oh, and it might also be supplying fuel sales data to the RTMC so that the government can issue a fatalities per 100 million km figure for the first time in five years.

The bottom line is that Peters’ utterances were nothing more than election-time antics from a minister of an under-performing department. There is no evidence that speed limit reductions will significantly reduce the country’s overall fuel consumption and Peters should confine herself to the urgent tasks that require her attention rather than adding clutter to the national discourse. 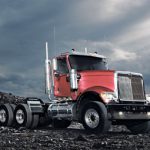 Prev Navistar gets its 15-litre muscle
Next Transcending new frontiers 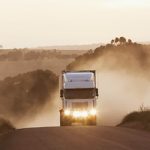