What happens when you kill a road?

Roads are the veins and arteries of our economy. When there is no road, no-one can get anywhere or do anything – communities suffer, and the rest of us lose out.

We’ve had almost continual bickering about e-tolling since 2009, at varying intensity, and it’s all about money. The cost to the consumer, the cost to the road user, the cost to the economy (and the accompanying impact on the all-important Moody’s international credit rating) – and the profit to be made: some huge contracts and many little ones; a million here, a million there.

But I think we’re missing something here, and maybe it is out of context, but consider what happens when mobility is negatively affected simply because a road is allowed to die.

Take the R74 Oliviershoek Pass as a case in point. This is the road that runs between Harrismith and Bergville. It services the Northern Drakensberg. All those quaint B&Bs, hotels, lodges and Parks Board resorts benefit from this route.

Well, not exactly. If accessed from Bergville, all is well. If accessed from Harrismith, it’s a nightmare. The nightmare began about two years ago. The Free State Department of Roads and Transport decided that its section of the R74 deserved a long overdue upgrade. The road had been in a shocking state for quite some time and needed fixing. A contractor was appointed and work began.

Local communities were obviously overjoyed at the prospect of earning some cash from all the activity, while farmers and business folk were looking forward to easier and safer travel.

All went well. Kilometres of road were dug up and a decent overlay of gravel was put down to form the base of the new section of road. There would be delays – that’s to be expected when there’s only one lane of traffic open and the Stop/Go signs are called into action.

Then came the drama. No money to pay the contractor. Apparently someone hadn’t done their job properly and the tender process was called into question. The R74’s contractor had to stop working, as did those associated with 22 other contracts in the Free State.

Here we are now, 18 months later – and despite a number of fatalities and many serious injuries within the work zone, the R74 is still toast.

When I last spoke to the Free State Department of Roads and Transport, I was assured that funding for completion of the work had been allocated and that the contractor was back on site. That was six months ago, and was absolute rubbish.

And the saga continues. Little Switzerland, I understand, has been forced to close its doors mainly because of the issue of tourist accessibility to the resort. At least 50 families have been affected by the closure. No job, no income, and winter approaching.

All because some fools allowed a road to die.

In early June, I wrote to the Minister of Transport specifically about the R74, copying the Presidency, the departments of Tourism and Finance, and the Portfolio Committee. I must admit that I’m not hopeful of receiving a reply. 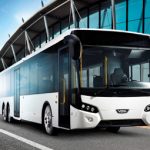