What’s news from the North? 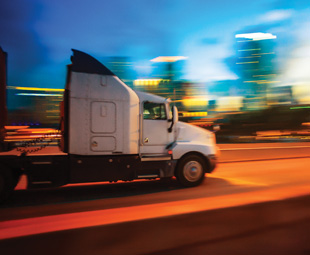 We give a synopsis of the major freight transportation stories in North America in 2015 – from the transportation consulting blog of Dan Goodwell and Associates.

Last year began with some solid tailwinds for the United States (US) and Canada, but then a number of unexpected events took place that changed the trajectory. Let’s take a look at some of the highlights …

The collapse in energy prices

The rout in oil prices began in late 2014, as Saudi Arabia stood firm in its insistence not to cut production quotas. The downturn in China’s economy produced less demand, as oil supply remained at pre-downturn levels; a recipe for low oil prices and other challenges throughout the year.

This had a huge impact on Canada’s oil companies, resulting in significant layoffs. There were also spill-over effects in other energy sectors such as coal mining, which experienced very large price drops and decreased shipping volumes.

The steep decline in fuel and oil prices has, in turn, been a boon to freight transportation and logistics service providers, while aiding carriers and providers serving retail-based customers, as lower fuel prices have impacted the discretionary income of consumers. 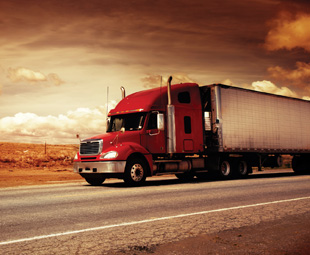 Railroads took advantage of the big increase in crude oil by navigating through commodity-specific hurdles thrown up in their paths. Since most of this freight now moves in trains, the railways have developed the ability to quickly adjust by matching revenue reduction with corresponding cost reductions.

Both Canada and the US have finally taken this issue on as a priority item. High-level negotiations on an international agreement to fight global warming were concluded in December outside Paris, in Le Bourget at the 21st Conference of the Parties (COP21) to the United Nations Framework Convention on Climate Change (UNFCC).

The conference reviewed the reductions in emissions of greenhouse gases (carbon and methane) that each country has pledged to achieve by 2020. The United States and China have promised to shift their industries to green, low-carbon fuels.

Supply and demand were a bit looser in 2015 than in 2014. While business was still good, gone were the very good spot market rates that were available in 2014, and supply chain disruptions were commonplace across America. There were several trends partially offsetting the weakening of supply and demand tightness from 2014 to 2015.

The first relates to a slight change in behaviour on the part of asset-based carriers (particularly the large ones) to allocate ever-increasing amounts of their stagnant capacity to large retailers and large e-commerce companies.

For truck operators, the ability to use capacity efficiently and effectively was the key to profitable growth this year and is likely to continue into the future. Many have invested in technology that focuses on asset utilisation and drives efficiency to improve their competitive position. Truck carriers in general are benefiting from a strong rate environment and low diesel prices. They have had more kilometres per truck, a better rate per kilometre and lower fuel costs.

Shippers observed that capacity was more balanced than a year ago, in the aftermath of the disruptive winter storms.

Shippers and carriers start to talk

Last year, US and Canadian shippers enjoyed a breather from the frenetic pace of demand and tightening of truck capacity that drove rates higher in 2014. Some shippers are willing to work with carriers to enhance equipment utilisation to the mutual benefit of themselves and their carrier partners. Shippers also are benefiting from low fuel prices. 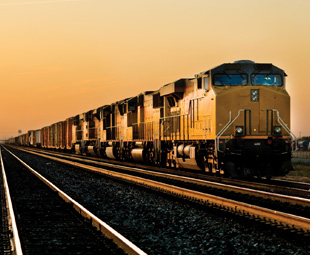 Many other events or factors cut into driving time. Congestion is a major problem, as are poor weather, truck maintenance, fuelling, weigh stations and inspections – as well as detention at shipper or consignee docks, which can, however, be addressed through collaboration.

Rail takes a step back

Since the devastating 2013-14 winter wreaked havoc on rail services, the North American supply chain has been subject to increasingly frequent rumblings that major US- and Canadian-based railroads would lose hard-won domestic intermodal business back to truck operators.

Initially, railroad executives were quick to dismiss such assertions. However, service didn’t recover measurably and fuel prices plummeted, giving truck carriers another opening to snatch loads that had been lost to the railways. Still rail executives kept to their script, telling investors that intermodal rail was winning out over trucking in key areas.

However, with volume (particularly coal and crude oil shipments) declining and the enviable profit growth of railroads slowing, their tune has changed. The acknowledgement was shared during earnings calls that intermodal has lost share to trucking companies. Railroads must step up their game or lose valuable business. 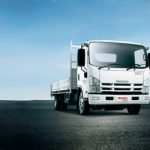 Prev REVEALED: State of the Trucking Nation!
Next FOCUS March 2016