Will the recycling ever happen? 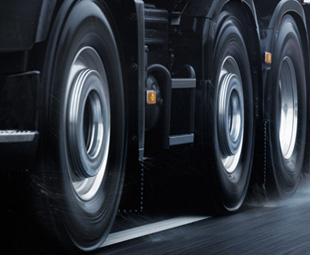 The massively controversial Integrated Industry Waste Tyre Management Plan, established and managed by the Recycling and Economic Development Initiative of South Africa (Redisa), has taken yet another nosedive. This time the delay is thanks to legal action by the Retail Motor Industry organisation (RMI).

The first delay occurred at the beginning of the year, as a result of a so-called “procedural hiccup”. Redisa CEO Hermann Erdmann explains: “Government withdrew the plan’s approval in order to overcome a technicality, re-gazetting it to include a full printout of the plan, as opposed to a link to an electronic version and a telephonic contact.”

Now the RMI has filed a court application against the Department of Environmental Affairs and Redisa. The Honourable Judge Tuchten ruled in favour of the RMI’s application on November 20, granting the temporary relief the organisation was hoping for. This effectively halts the Redisa plan until a full review has been completed – which is only likely to happen next year.

But exactly what does this finding mean – on a practical front? Well that depends who you listen to. According to the RMI, no member of the industry has to comply with or register for Redisa’s plan until the outcome of Part B of the application has been heard (which includes the main review of the Minister of Water and Environmental Affairs Edna Molewa’s decision to approve Redisa’s plan). The RMI has hailed the judgement as a victory.

Not quite, says Redisa. It says the judge found in favour of all its (as in Redisa’s) points except one, which led to the postponement. The point in question pertains to waste reduction targets (the gazetted and approved plans differ, which the judge said was unconstitutional). However Molewa could – in theory – re-gazette Redisa’s plan for immediate implementation with this removed. “This decision is for the Minister to take, not the courts,” Tuchten said.

That’s a bit of the legal background. So what’s going to happen regarding the waste management fees while the Integrated Industry Waste Tyre Management Plan remains up in the air?

Redisa explains that the interim interdict will cause uncertainty about the waste management fees for the period prior to – and after the ruling. “This is going to create accounting and liability problems throughout the distribution chain,” adds the organisation.

It is Redisa’s understanding that the fees for October are payable before or on January 29, with the funds being refunded if the plan is set aside. “Subscribers no longer have to submit returns, but the plan, although suspended, still exists and liability continues to grow,” relates Redisa. “If the plan isn’t set aside on its review, then all fees for the intervening period will become payable on the respective due dates, or immediately for any periods earlier than 90 days before the final review outcome.”

This means that tyre producers have to continue keeping tabs on their waste tyre management fees until the review is completed. But, until then, they won’t know whether October’s fees will apply or whether they will have to pay the subsequent amounts. Which means that the current scenario is, quite frankly, as clear as mud.

However, according to Jeff Osborne, CEO of the RMI, this is a victory for the industry and for the consumer. “There now exists a fresh opportunity for a complete review process enabling stakeholders to participate or contribute to the outcome,” he said.

Only time will tell if this is a victory for an industry already struggling to make ends meet or if it’s a tragic toll for the environment that is losing the war against accumulating waste tyres.

Meanwhile, the pile of waste tyres is mounting … 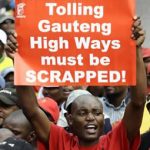 Prev E-tolls crumble under pressure
Next Watch the FOCUS TV show this weekend! 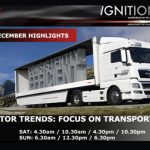