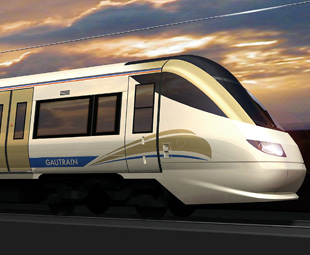 South Africa’s public transport system is still far from being world class, but moves are being made to get it there, writes Udo Rypstra.

Recent developments in transport and telecommunications suggest that South Africa is at long last beginning to realise the dream of a fully integrated public transport system. One in which the taxi, bus and passenger rail modes co-operate with one another by working on strategies with a common vision.

The vision, which includes one smartcard for use on all public transport modes, was raised by former transport minister Mac Maharaj in his Moving South Africa Agenda more than 10 years ago. However, in all that time, each of the three modes has been doing its own thing, hardly talking to one another. It has been a period of conflict, especially between the taxi and bus modes.

Prime examples were this year’s violent demonstrations by taxi owners and drivers against the rollout of bus rapid transport systems in Johannesburg and Cape Town. Another is the division within the taxi industry itself, with the South African National Taxi Association (Santaco) and the National Taxi Alliance holding different opinions on common issues.

Maharaj’s vision has been a pipe dream to many, but the City of Cape Town has actually been working on it for more than a year with its Integrated Transport Project that will have all the modes, including Golden Arrow Bus Services and Metrorail, eventually working together. 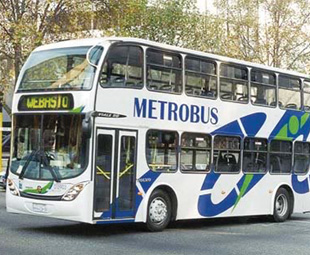 Last month, Port Elizabeth came to the party with taxi and bus operators having established a Bus & Taxi Business Chamber to plan ahead. As part of her 2010 October Transport Month Programme, Eastern Cape MEC for Transport, Safety and Liaison, Ghishma Barry launched the “first of its kind” chamber at Dan’s Country Lodge and Events Centre outside Mthatha.

This is an initiative of the bus and taxi operators from Eastern Cape Peri–Urban Bus Operators Association and Santaco (EC). According to Barry, the chamber has been mandated to unite the public transport industry in the province and to transform the provincial transport industry so as to be in line with the Legislative and Policy Framework.

The chamber is designed to set up a co-ordinated transport industry with major stakeholders co-operating and collaborating to render the best quality passenger service, which is safe, reliable and affordable to the people of the province, especially the rural communities.

To add further momentum, Santaco has announced its TR3 2010-2020 strategy, which is aimed at redefining, restructuring and repositioning the taxi industry and turning it into a self-sustaining industry and a public transport leader.

Taxis on South Africa’s roads are responsible for commuting 15 million people every day or around 65% of the country’s working population, compared with 20% of the passengers who travel by bus and 15% by rail. Today the industry owns garages, dealership networks such as Taxi Choice, and has partnerships with Toyota – all of which have seen serious returns for  the taxi industry.

Annual turnover has been estimated at between R16,5 million (by government) and R25 billion (by Santaco itself). But it is regarded by many as an unsafe and rude industry.

At the meeting, Santaco president Jabulani Mthembu said the industry was ready to change this image and take hold of additional opportunities to present itself in the space of public transport. He emphasised that the key to rebranding the industry would be training its drivers.

The TR3 2020 strategy envisions taking the industry beyond its original markets. Santaco has identified middle-income South Africa as an immediate market to enter, considering the rising price of fuel and the new road tolling systems coming into play by the second quarter of next year.

To accommodate this initiative, the organisation would be looking to form a number of strategic partnerships with not only government, but also vehicle and tyre manufacturers, banks and other financial institutions and businesses.

Every year, the taxi industry consumes around R15 billion in fuel, purchases about R10 billion in vehicles, and spends some R150 million on tyres.

“We have been an industry of consumers, but going forward we will become equity partners and owners in these businesses,” said Mthemba.

Santaco also voiced its desire to be included in policy decisions that it would be affected by. To this end, Santaco will sign a memorandum of understanding with the South African National Civics Organisation (Sanco) in the coming weeks.

Sanco president and transport portfolio committee chairperson, Ruth Bhengu, said that it was “high time” that one of the most powerful black-owned and operated businesses in South Africa had a say in relevant policy decisions.

“Sanco will assist Santaco to build this industry and give the business its rightful voice,” she said.

Bhengu added that, by 2020, the taxi industry would have evolved into a transport industry through its entrance into the bus, train, trucks, shipping and air sectors.

It’s not surprising that the national Department of Transport has acted quickly to “adopt” the Santaco strategy in almost the same fashion as it “adopted” former Gauteng prime-minister Shilowa’s “pipe dream” – the Gautrain project. 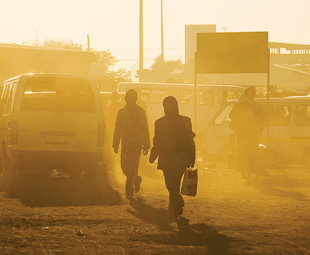 It was at the same Midrand meeting where Santaco made its announcement that transport minister Sibusiso Ndebele outlined government’s support and “terms of engagement and support for the industry”.

“Firstly, we want to adopt your TR3 2010-2020 Strategy as the basis for our partnership with the industry. Let us move with speed for the establishment of the Taxi Academy. We will redirect the budget we have set aside for taxi training, which is R5,5 million, to ensure that the Taxi Academy is up and running, at the latest, by the beginning of the next financial year.

“Let us strengthen our partnership for the development of public transport co-operatives and other legal entities critical for the growth of the industry. Let us give ourselves three months to consolidate the strategic partnerships with key private sector partners including banks, vehicle manufacturers, technology and other relevant partners.”

Ndebele also announced that his department was establishing a Project Management Unit with sufficient resources and skills to implement this programme.

“I encourage the industry to build project management capacity as well, so that we can ensure that there are dedicated teams from both government and the industry to manage these projects. All of us are speaking about the opportunities for the industry. The challenge for us now is to put in place the people, infrastructure and systems, to ensure that these identified opportunities are turned into viable and bankable businesses.”

As for a smartcard, it has also been announced that Absa has selected Oberthur Technologies to launch the first dual prepaid smartcard; the new prepaid MasterCard contactless payment card with PayPass.

Oberthur Technologies said this is the first launch of a dual-interface payment technology, to enable both contact and contactless payment transactions, on the African continent.

The card has been designed for use in retail outlets throughout South Africa to offer consumers increased convenience and speed at the point of sale (POS), while giving retailers the benefit of faster till points and providing a secure alternative to cash. The card can also be used as a transport token in South Africa’s new integrated transport system, implemented by the national Department of Transport.

Customers can load money onto their card either using cash or directly from a bank account, via a POS terminal, transit kiosk, internet banking or an ATM. The balance on the card will be limited to R1 500 at any time and a maximum of R3 000 may be loaded on the card per month. Each transaction will be limited to R200. The card will also be available to customers without an Absa account.

The final step towards South Africa having a world class public transport system is where iPhones can be used to access the internet for rail and time tables, taxi and other travel information and for hotel bookings, with MTN recently having launched its Travel Card programme.

Gautrain and feeder bus schedules can already be accessed in this way, as can Greyhound time tables, which came on-line recently. Municipal bus services, however, are still far behind in this respect. 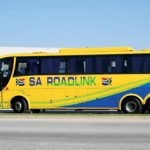 Prev SA Roadlink prepared for the festive season
Next When I’m big I want to be a firewoman!