Year(s) of the vehicle 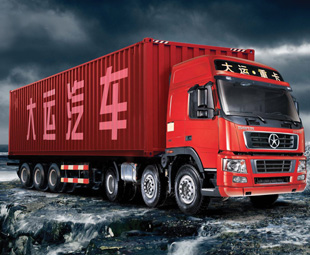 With one of the biggest populations on planet earth, China experienced huge economic growth over the last few years, and is considered one of the world’s up-and-coming superpowers. FOCUS investigates the proliferation of vehicle sales in that country.

No matter your perception of the country, there’s no denying the importance of vehicles with four or more wheels in modern-day China … Huge growth in that country’s economy over the last decade has seen the development of a burgeoning passenger- and commercial-vehicle industry, with the congruent rise in sales.

In fact, between 2000 and 2013, China’s share of global light-vehicle sales experienced an eightfold increase, from three to 25 percent. It is predicted to reach 29 percent by 2020. Let that sink in … essentially one third of global sales, of all such vehicles, will be made in one country.

What sort of numbers does all this translate to? Well, big ones! According to statistics portal Statista, in 2013, almost 18-million passenger cars were sold in China! The number of privately owned vehicles was just above 88-million cars, while 200-million licensed drivers were registered in China as of 2012 (approximately 15 percent more than the previous year).

It’s not only passenger cars that have enjoyed this boom, as commercial vehicles have also proved to be big business in China.

Heavy trucks account for the most market share, with Sinotruk, Beiqi Foton, Dongfeng Motor, JAC Motors and Shaanxi Automobile the major players with a combined segment share in 2013 of 83,8 percent.

“In the bus field, large buses have a higher market concentration than medium-sized and lightweight buses. China’s large bus market is dominated by Jinlong Bus and Yutong Bus, with combined market share of 65,2 percent in 2013,” it continues. 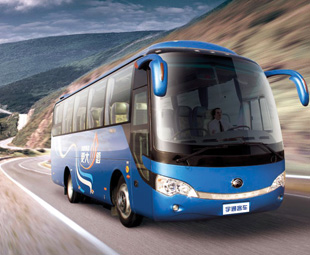 In terms of commercial vehicles, in 2013, approximately 477 000 busses and 2,7 million trucks were sold in China. South Africa’s own sales during that year pale in comparison. We sold a mere 650 620 vehicles – in total! Chinese commercial vehicle sales are expected to reach 5,12 million in 2017.

However, as lush as the market has been – and still is – there are some concerns. China’s economy slowed in the third quarter of 2014, which had similar effects on the associated commercial-vehicle industry. In July this year, vehicle sales dropped seven percent. PR Newswire again reports that the truck market remains depressed as a result of the slower pace in infrastructure and project construction.

“It is expected that the truck market will maintain a moderate growth trend over the next few years, due to continuous structural adjustments of China’s macro economy,” it states.

Writing for the website, financial columnist Dan Moskowitz states that there are several reasons for this: “The most obvious is the poor performance in stocks following a market plunge, which has affected consumer behaviour for the worse.”

He adds: “Another hurdle for auto sales is that the government is looking to curb automobile growth to improve traffic flow and to reduce pollution. Then you have to factor in pricing; due to price wars, retail prices are down 2,4 percent in 2015 when compared to the previous year.”

While the market is expected to return to the glory of its recent past once the economy recovers, Moskowitz claims this “will take years”. There are, however, sectors of the Chinese commercial-vehicle market that show more immediate promise.

Reported on PR Newswire, Frost & Sullivan claims that the Chinese compressed and liquefied natural gas (LNG) commercial-vehicle market is on an upward trend. “With the Government implementing and supporting the new energy resource policy […], the prospects for compressed and liquefied natural gas commercial vehicle manufacturers look bright,” it states.

Frost & Sullivan Automotive and Transportation Research Associate, Ming Lih Chan, says: “The central government is promoting green transportation in more than 100 cities within China, and every regional government is adapting and coordinating accordingly. In fact, Shanghai, Chengdu, Xinjiang and Hebei have already replaced more than 85 percent of their existing fleets with natural gas buses.”

While the boom may be abating, the vastness of the Chinese vehicle industry is undeniably impressive. It’ll be interesting to revisit the topic in 2020, to see if the predictions made for that year will materialise. If perceptions of modern-day China aren’t changing by now, they are sure to by then. 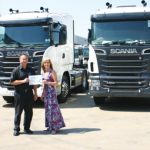 Prev The final countdown!
Next Caterpillar to build its own trucks 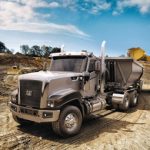