You scratch my back … 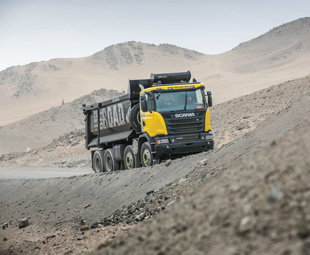 People have been extracting minerals for thousands of years … We use them for decorative purposes, to construct vital infrastructure and in life-saving technologies – it’s no wonder that so much is dependent on the mining sector. We delve into the relationship between the transport and mining industries.

Mining has been around for thousands of years. According to Ian Shaw, author of The Oxford History of Ancient Egypt (published by Oxford University Press), Ancient Egyptians mined malachite (a copper carbonate hydroxide mineral) at Maadi, an affluent district in the south of Cairo. Shaw adds that Egyptians used the bright green malachite stones for ornamentation and pottery.

Increased construction led to expeditions into Wadi Maghara, on the Sinai Peninsula (which wasn’t part of Egypt at the time), “in order to secure minerals and other resources not available in Egypt itself”, between 2 613 and 2 494 BC. Quarries for turquoise and copper were also found at “Wadi Hamamat, Tura, Aswan and various other Nubian sites.”

The oldest mining site is, however, reportedly located in Swaziland. “Many ancient tools were found during initial mining operations in 1964 by the Anglo-American Corporation at the Ngwenya mountain range,” the Swaziland National Trust Commission’s website points out.

Three ancient mines were indentified and named the Lion, Castle and Stag caverns. “In 1967, charcoal nodules from some of the more ancient mine entrances were sent to both Yale and Groningen radiocarbon laboratories where Carbon 14 testing was carried out,” notes the site.

“A date of about 41 000 BC was obtained, making this the oldest known mining operation in the world. However, as this is the extreme range of carbon dating, the mines may be even older than this. It is thought these ores were mined until at least 23 000 BC. At Lion Cavern it is estimated that at least 1 200 t of soft haematite ore, rich in specularite, had been removed in ancient times.”

The mining industry is also playing a major part in the present day … “The mining sector is as important to Scania as it is to the South African economy,” explains Chris Swanepoel, from Scania South Africa’s mining division. “We rely heavily on mining projects and on the transport of minerals.”

He adds that if the mines are doing well, there is material to transport. “If the mines aren’t doing well, then the reverse applies. As much as a struggling mining industry knocks the South African economy, it has pretty much the same effect on all the truck original equipment manufacturers (OEMs).” These industries really are interconnected.

“We are relatively new in the mining game, including in-pit type trucks, but we’ve evolved tremendously and have taken into account what the mines want, especially with regard to safety standards and requirements.” Swanepoel points out. “We’ve built various offerings around that. We have done a lot of work in the fields of falling object protection systems (FOPS) and roll-over protection systems (ROPS) in our trucks.”

He continues: “We can offer staff carriers to move personnel in and around the mine that are FOPS and ROPS certified and comply with the legal requirements. We really have looked at the specific requirements of the industry to provide solutions that meet all the safety requirements.”

The mining sector is a difficult one in which to operate. “All the OEMs are in the same boat,” Swanepoel tells FOCUS. “As a market, it is hugely demanding, so the trucks run a very heavy-duty cycle. They’re expected to never break down – and, when they do, they’re expected to be up and running in a very short period of time.” 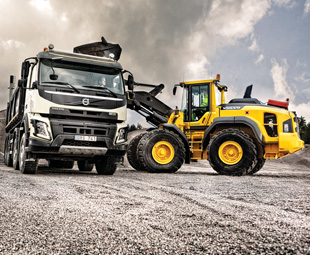 Scania is overcoming this challenge by offering different service contracts at various premiums. “Obviously, we’d like to look after the fleet from start to finish, but we have other solutions where we can put a technician in the customer’s workshop or handle the running of the workshop – it is all down to finding the right solutions for the customer.”

“The mining sector is also very depressed at the moment,” Swanepoel points out. “The current trend is to ‘baton down the hatches’ and make use of what they’ve got, so it is a very challenging time.”

The harsh conditions are also having a massive effect on operators. According to Standard Bank, transport operators, who are a key component of the economic fabric of rural towns, are finding it increasingly difficult to operate in an environment where pressure on margins, volatile fuel prices and increased operating costs are placing a stress on their profitability – especially in cases where they rely on a “single contract” for their survival.

“These smaller transport operators often operate outside large metropolitan areas and primarily serve the agriculture and mining sectors, but their role in their local and regional economies is often underestimated,” says Toni Fritz, head of Vehicle and Asset Finance – Business, at Standard Bank.

“Without these transport contractors, farmers and mine operations in far-flung corners of the country would find it difficult to move products and commodities,” she adds. “Within their towns – where fuel, service and supply facilities, drivers and local labour rely on the transport sector – their contribution to the economy is even more important.

“Some of these smaller operators rely on single, medium to long-term contracts with a single customer to finance their operations. Although this gives them certainty over the contract period, there are several factors that restrict them from opening up their businesses to further opportunities,” says Fritz.

These inhibiting factors include:

• Trailers that are customised to a customer’s specific needs. If a transporter is carrying coal, for example, the trucks in the fleet are configured to meet these particular requirements. It is, therefore, difficult to carry other loads that do not fit the configuration of the vehicle, or run the risk of contamination.

• Single contracts (especially in the mining sector), often involve collecting raw material at one point and conveying it to another. The cycle is then repeated. For the operator, this means having to return to the originating point without a revenue-producing load.

• In a crowded market, where operators are forced to aggressively reduce margins to obtain business, smaller operators can often work off a lower cost base than larger transport companies, but they have to work their equipment harder. This has consequences for fleet reliability, as scheduled maintenance can sometimes be sacrificed to meet delivery deadlines or to bolster margins.

“The primary responsibility of any bank is to manage risk and ensure that transport operators are able to meet their commitments,” says Fritz. “This sometimes requires that customers’ cash flows are ‘stress-tested’ to assess their sustainability under different scenarios. In this case, the ability of the operators to diversify their operations and the strength and duration of single contracts become critical factors.”

She adds: “There is no doubt that many small contractors are beginning to feel the strain of the ongoing economic downturn. As soon as signs of financial stress become evident, it is important that operators approach the bank for assistance and advice. As soon as this step is taken, plans can be put in place to assist viable operations to meet their financial challenges.”

The future does hold some hope, however, as Swanepoel points out. “The future is pretty bright. The market can’t hold this negative trend forever and when it turns, we have to be ready. We’re waiting in anticipation for the turn, because it will come, and it will come with a fair amount of haste.”

This will be wonderful for OEMs and operators alike. 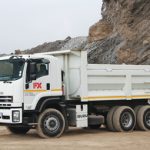 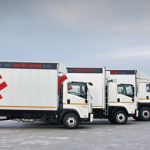