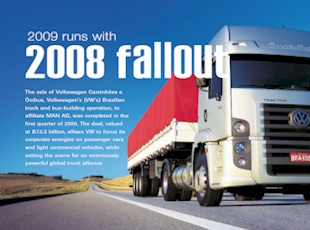 The sale of Volkswagen Caminhöes e Ônibus, Volkswagen’s (VW’s) Brazilian truck and bus-building operation, to affiliate MAN AG, was completed in the first quarter of 2009. The deal, valued at R13.3 billion, allows VW to focus its corporate energies on passenger cars and light commercial vehicles, while setting the scene for an enormously powerful global truck alliance

With a controlling interest in MAN and Scania, VW can now leave the day-to-day management of this empire to people who have a deep understanding of and successful reputation in the heavy commercial vehicle business.

This circumvents the lengthy and expensive familiarisation process experienced by many car companies trying to penetrate the world of trucks.

The Resende plant where Volkswagen’s Brazilian trucks and buses are built operates on a unique co-operative system: eight separate outside suppliers fit their parts directly to the vehicles on the assembly line. Here Volkswagen acts as overall quality assurer and handles product development, marketing and global after-sales product support. The range of vehicles produced at Resende encompasses smaller trucks with payloads ranging down to 3 t, related bus models, and the heavier Constellation trucks and Volksbus bus models now familiar to South Africa. In recent years production has run just below 50 000 units per annum; Volkswagen leads the Brazilian truck market with a share of 30%, and exports products from Brazil to developing markets in South America and Africa.

The current VW line-up uses a mix of MWM International and Cummins power units, although MAN engines are being tested in certain models. In-house power unit substitution is logical where appropriate and cost effective, and would open up additional opportunities for MAN parts sales.

Using Eaton and ZF transmissions should not present any problems, and the intention to keep the VW products badged as such is notable. Volkswagen has obviously recognised the inherent publicity value.

This development will give MAN a leading position in the Brazilian truck market. Despite some nominal overlap between the heavier Brazilian products and models in MAN’s own truck line-up, enough differentiation exists in market positioning, particularly when comparing VW’s more basic models and MAN’s state-of-the-art TGL, TGM, TGX and TGS Series. This suggests that, together, the two ranges will present new opportunities across the world.

The products emanating from the existing 50/50 joint venture with Force Motors of India (MAN Force Trucks Private Limited) have already found their way into MAN’s global distribution network. This gives an indication of the type of range integration possible with this new acquisition. In fact, the MAN Force product range, clustered above 16 t GVM, may present an opportunity for slotting the VW products into Indian and neighbouring Asian markets, with the prospect of local manufacture in right-hand-drive format.

An even more intriguing possibility is in the North American market where the Brazilian products could help build the VW Group’s presence in a region with considerable growth potential.

Another opportunity worth exploring is the centralisation of group ladder frame bus manufacture in Brazil. Conceptually there is little difference between VW and MAN’s front-engined chassis, although the latter is considerably more sophisticated in detail.

However, European manufacturers are not keen to build relatively small volumes of front engined bus chassis for a limited global demand. But MAN and Scania continue to support this market, even though some of their direct competitors have opted out.

It may make more sense to source a common global range of front and rearengined ladderframe bus chassis from Resende in future, with brand differentiation through alternative engine, transmission and suspension fitments. Right- and left-hand steering options should pose few design challenges on these relatively unsophisticated products, which could furthermore become the basis for a range of school bus offerings in the Americas.

According to industry speculation, Ford Motor Company’s decision to terminate its supply arrangement with Navistar International for its 6-litre PowerStroke diesel engines, was because Ford was developing its own inhouse engine range as a replacement. But a subsequent report from America has indicated a totally different outcome.

It recently appeared that because of North America’s vehicle market crisis, General Motors (GM) would not be able to introduce its new-generation 4.5-litre Duramax diesel, the tests of which showed promising results in light commercial applications. This engine would reportedly replace the current 6.6-litre Duramax.

But it now seems that the new GM unit – rechristened PowerMax (a cross between Power Stroke and Duramax) – will, in fact, make its bow in a surprising joint venture with Ford, and be manufactured at Ford’s plant in Chihuahua, Mexico. Power and torque outputs of 320 hp (240 kW) and 520 lb/ft (705 Nm) have been quoted in the United States media.

The truck market segmentation profile of Central Europe – made up of Poland, Romania, Hungary, Estonia, Lithuania, Latvia, Slovenia, Croatia, the Czech Republic and Slovakia – defines medium trucks as those with GVM ratings between 6.1 and 15.99 t. Heavy trucks gross at 16 t and above. No distinction is made for the number of axles used in each case but heavier two-axled vehicles constitute part of the heavy truck category.

Unlike its Western European counterpart, the Central European heavy truck category registered a year-on-year decline in 2008 with a total of 50 847 units, 15.8% less than the equivalent 2007 total of 60 421 sales.

The medium truck class was less severely dealt with, returning 11 361 sales, a reduction of 6% compared with the 2007 total of 12 089 units. Central Europe and its western neighbour share a similar medium to heavy truck sales ratio: around five heavies are sold for every medium unit that enters the market.

MAN has a production presence in Poland and was the overall leader of the heavy truck category with a penetration of 17.4%. Volvo followed with 17.1% and Mercedes-Benz with 16.2%.

Manufacturers gaining market share in the year-on-year comparison include MAN (up from 15.2%), Iveco (from 11 to 11.3%) and Renault (8 to 8.9%). Volvo, Mercedes, DAF and Scania lost some momentum. Individual national markets were led by Iveco (Romania), MAN (Croatia), Volvo (Hungary, Latvia and Slovakia), Mercedes (Lithuania, Slovenia and the Czech Republic), DAF (Poland) and Scania (Estonia).

Iveco’s regional leadership position was echoed in the individual national markets of Romania, Hungary, Estonia, Latvia, Slovenia, Croatia, the Czech Republic and Slovakia, while MAN led in Poland, and Mercedes in Lithuania.

Chinese commercial vehicle market statistics appear sporadically in overseas media and are sometimes well out of date by the time they are published. But this year is different. The overall picture shows that 2 624 893 commercial vehicles were sold in the January to December 2008 period, 5.25% more than the corresponding 2007 total of 2 493 990 units. The market comprised 1 640 560 fully built rigid trucks, 449 585 truck chassis, 194 155 truck tractors, 252 837 fully built buses and coaches, and 87 756 bus chassis.

The total 2008 annual sales volumes across all the mass segments for a number of the more prominent Chinese truck manufacturers were extracted from the available statistics. As some of these manufacturers are active in the South African market, these will assist in assessing their relative levels of success in their home market. The numbers should not be read as definitive totals though:

The segmented breakdown analysis of Chinese truck sales, together with the three leading volume manufacturers in each segment, is illustrated below. As is common with Chinese market statistics, the reported segments do not always add up to 100% of the market. However, the volumes represented here account for about 85% of the total market, giving a good indication of the most important segments and the three most successful players in each.

Held in March in Louisville, Kentucky, the annual Mid-America Trucking Show claims to bethe world’s largest trucking show. Despite the early 2009 state of the American Class 8 premium truck tractor market – which was running at some 25% below 2008 volumes – there were a number of significant product introductions and exhibits at the show: 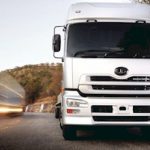 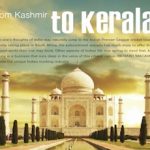