A challenging road ahead

2010 looks set to be a challenging year for road transport operators. Unless transport companies can take steps to reduce road traffic congestion and endeavour to lower running costs by operating more efficiently, their profit margins are going to be eroded

2010 is likely to bring more than its fair share of challenges to transport operators struggling to contain costs, not least of which will be the fuel price increase recently announced by Pravin Gordan in his 2010 budget speech. Heavy traffic congestion around FIFA World Cup stadiums as well as road closures on certain routes could also put transport operators under extra pressure as they endeavour to find alternative routes that will enable them to deliver goods on time.

Added to this, the electricity price hike, rising toll road tariffs and – in the longer term – the extension of carbon emission tax to commercial vehicles are also expected to significantly increase transport operating costs.

There are nevertheless several practical steps that can be taken to mitigate the impact of spiralling input costs on transport operations.

The first is to examine the routes your vehicles are travelling, endeavouring to find ways of combining deliveries with alternative routes that will reduce the number of kilometres travelled, thereby making a vehicle more efficient by maximising its legal payload. With the heavy traffic congestion on today’s roads, the shortest route may not be the most fuel-efficient so, with this in mind, all alternative routes need to be studied and tested.

Road conditions also need to be considered. Trying to lower operating costs by selecting a shorter route that could cause mechanical and tyre damage might well be self-defeating. As far as certain major highways are concerned, the toll fees that are soon expected to be imposed will also need to be taken into account and suitable alternative routes identified.

Other questions you may need to need to ask yourself include:

Of equal importance is whether your driver is trained, able and willing to drive the vehicle correctly and in a manner that optimises fuel consumption and mechanical efficiency. Remember that a vehicle’s driver plays a vital role in reducing fuel consumption, as well as ensuring that the vehicle is well-maintained and that tyre life is optimised.

Because it is increasingly difficult to recover spiralling operating costs from your customer, now is the time for commercial vehicle owners, drivers and service technicians to work together as a team to optimise vehicle economy and performance. Driving a vehicle within its economical torque band range is just one example of an advanced driving technique that will not only reduce operating costs, but also improve vehicle safety. If you believe that your drivers would benefit from learning advanced driving techniques, enroll them for training. The benefits your transport operation will gain from employing well-trained and motivated drivers will far outweigh the training costs.

One of this country’s most respected commercial vehicle industry authorities, VIC OLIVER has been in this industry for 45 years. Before joining the FOCUS team, he spent 15 years with Nissan Diesel, 11 years with Busaf and seven years with International. 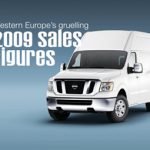