A new Routemaster for London? 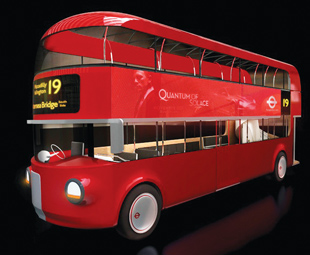 Believe it or not, the joint winner of the mayor of London’s competition to design a new Routemaster double-decker bus for the British capital is Warwickshire-based sports car manufacturer, Aston Martin, writes FRANK BEETON.

Their winning entry, which was reportedly a team effort with leading UK architects Foster and Partners, shared the £25 000 (R311 245) first prize with a design submitted by Wiltshire-based bus, coach and truck designers, Capoco Design. Somewhat enigmatically, both submissions incorporated an open rear platform for boarding and alighting, which totally rules out the possibility of one-man operation, but the hop-on, hop-off facility of the original Routemaster is perceived as a major benefit in inner London. The design brief for the competition included requirements for an open rear entrance, along with disabled access and green technology. The zero-emissions Aston Martin-Foster design incorporates a glass roof with solar panels and a wooden floor, while the Capoco proposal includes a low, flat, floor- and front-mounted engine. Both will now be passed on to bus manufacturers who will tender final detailed designs for consideration by the Capital’s public transport service provider, Transport for London.

The original Routemaster was developed specifically for operation in London by the Capital’s traditional bus supplier, AEC Limited, in the 1950s, before entering revenue service in 1959. Although entirely conventional in outward appearance, with two axles, front-mounted engine, separate driver’s half-cab, rear entrance/exit platform and rear-mounted staircase to the upper deck, it was far from conventional in its detailed execution. Firstly, it was of full integral construction, with extensive use of aluminium for lightness, so there was no conventional chassis frame, and the front-mounted engine, independent front suspension and rigid rear axle were carried in two detachable steel subframes. It’s standard power unit was AEC’s 9.6-l AV590 engine, although the high rate of production dictated that a substantial number was fitted with alternative 9.8-l Leyland O.600 units. The Wilson-patent epicyclic gearbox was unusual, for its time, in having fully automatic operation; other advanced features included power steering and power-hydraulic braking, both of these recognising the unique demands of operation in London traffic.

The initial production RM class version was 8.4 m long, and accommodated 64 seated passengers. This was followed by the 72-seater, 9.1-m RML bus, RMC (standard length) and RCL (long) coach-seated derivatives, and front-entrance RMF and RMA types. Total production of 2 876 units was executed at AEC and its coach-building subsidiary, Park Royal Vehicles, where final assembly took place between 1958 and 1968. The vast majority of these was delivered initially to London Transport for its “red” and “green” services, although many ended up operating in other British cities after withdrawal from LT, which started in 1982. However, the type remained in continuous London service until 2005, by which time many had been re-engined with more modern Iveco, Scania or Cummins power units, and were being operated by independent operators after the privatisation of London’s bus services began in 1984.

This incredibly long service life was a testament to the excellent original Routemaster design, but also a reflection on many failed efforts to find a suitable replacement. London Transport tried all sorts of “new ideas”, usually based on the concept of a one-man driver/conductor operation, but suffered reliability and operational problems that saw generation after generation of newer buses come and go, while the Routemaster soldiered on. These transitional “solutions” ranged from standee single-deckers to rear-engined, front-entrance double-deckers. However, over time, changed priorities, including the requirement for wheelchair access, off-bus ticketing systems, environmental considerations and simple operating economics dictated that the original Routemaster design would have to be phased out. However, the modern replacements, including articulated bus trains, have not always won public approval, hence the efforts now being made to develop a “new Routemaster”.

Clearly, the combination of a two-person crew and the totally unique nature of the design will ensure that any new Routemaster will not be a cheap proposition. Opposing political opinion and organised labour have already branded the project “an exercise in vanity”, but London Mayor Boris Johnson seems fully committed to seeing it through. The true test will be if the economics of the new bus turn out to be sustainable, especially in terms of the fares that passengers have to pay, or if London will be obliged, by political pressure, to follow global practice with a more conventional, mass-produced solution. 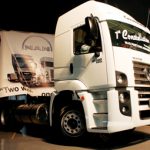 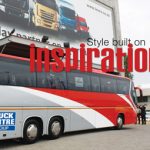