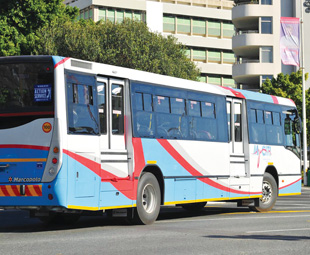 Back in 1961, South African songwriter Jeremy Taylor put together a ditty called Ag Pleez Deddy, which became a local hit – outselling Elvis Presley in that year, we are told. Many of us “oldies” will remember the catchy tune, and with some up-dated lyrics it has strong implications for public transport …

Ag pleez deddy can we take the bus to Pel-la
It’s only two hours on the 235 —
Milnerton and Table View,
Koeberg and Atlantis too!
There’s so much to see, and you won’t have to drive!

It’s unlikely that “deddy’s” response in 2015 will be any different to that of 1961, when he bluntly told the kids to “voetsek”, but it is well worth taking a closer look at Pella, which can serve as an example of how to improve public transport throughout South Africa.

Pella is a settlement 75 km north of Cape Town, about two kilometres beyond Atlantis. For many years the community was served by a few buses in the morning and afternoon, provided by Golden Arrow Bus Service (GABS).

Most residents started their journeys at Mamre, a slightly larger community just further north, and Pella was merely a four-kilometre deviation from the Mamre route.

On a route of 75 km, a short deviation isn’t much of a problem, but now that MyCiti has extended its trunk bus rapid transit (BRT) route to Atlantis, both the Mamre and Pella routes have become “feeders” to the transfer station at Atlantis.

I am sure the MyCiti planners scratched their heads over whether all the feeder buses to Mamre should go via Pella – in which case a four-kilometre deviation becomes an issue for the majority of passengers who wish to go to Mamre – or whether there should be a separate route for each settlement?

They decided to go for the separate option, so we now have route 234 running between Atlantis and Mamre and route 235 going to Pella. I rubbed my eyes – both the Mamre and Pella services have been improved beyond recognition.

GABS only operated 20 or so trips on weekdays, most of them in the peak time and in one direction only. There were four trips on Saturdays and only one on Sundays. Now routes 234 and 235 run all day, every day.

There are no less than 42 round trips on weekdays, and 36 each on Saturdays and Sundays. Buses run every 20 minutes in the peak and every half hour at other times. The “spread” is also quite impressive – from about 05:00 to about 20:40 on all days.

Is this overkill? Not at all; it does not provide more than government policy stipulates. Every corner of South Africa should have a service running at least once an hour. It doesn’t even have to be part of a BRT scheme though, or even make use of a bus – a 15-seater minibus taxi, running to a schedule, will do the trick in many areas.

(The recent torching of brand-new buses in George should teach us that the vehicles don’t have to be new, either, but that could be the subject of another article.)

I hope that students of sociology and transport economics do some research into this improvement. I am sure that there is a Master’s degree in this for someone who is prepared to do some hard work interrogating the communities of Pella and Mamre and analysing their response to these improvements.

Now for an obvious question – why didn’t this happen long ago? Over the years, GABS has complained long and loud about being starved of funds. How come there is money for BRT, but not enough for existing operators? I’ll leave GABS and MyCiti to sort it out in the Western Cape, but it is a question that needs to be addressed nationwide.

In Johannesburg, exactly the same thing is happening – enough money to run half-empty BRT buses (even during the peak times) but an ever-dwindling Metrobus service, notwithstanding the delivery of 70 new buses.

Both BRT and the existing operator, Metrobus, are run by the same organisation; the Johannesburg City Council, which, in five years, has done nothing to integrate the two services to make both more productive.

In an article published in the December 2013 edition of FOCUS, Lisa Seftel, boss of the show, was quite dismissive of my comments. More than 18 months down the line, not much has happened to fix things …

What is going on in the bus industry? It’s not only the BRT-addicted municipalities … The recent Labour Court ruling, that some government-contracted bus operations are no longer a “going concern”, should frighten everyone working for a bus company.

Meanwhile, let’s envy the lucky residents of Pella and Mamre, and hope that MyCiti will be able to keep them happy, well into the future. 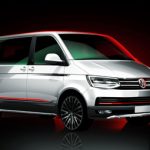 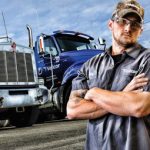