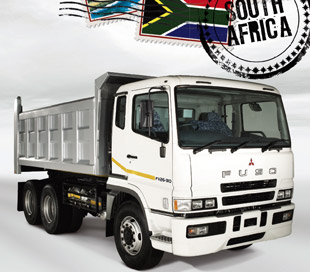 Japanese in origin, but now part of Daimler Trucks, Mitsubishi Fuso is a global brand with a distinguished history. And it’s quickly becoming one of South Africa’s favourite commercial vehicle brands.

The Fuso brand is by no means new. In fact, in 2007 the Mitsubishi Fuso Truck and Bus Corporation (MFTBC) celebrated the 75th anniversary of the brand name. The Fuso name first appeared in conjunction with Mitsubishi Heavy Industries’ B46 commercial bus in 1932, and is derived from an ancient Chinese term for a sacred tree said to grow at the spot in the East where the sun rises. Over the years many notable commercial vehicles have appeared under the Fuso name – the KT1, T380, the Rosa and, of course, the Canter which was first produced in 1962, all spring to mind – and today the company produces a wide variety of light-, medium- and heavy-duty trucks that are used throughout the world.

But, while it does have a long history, the company has also undergone some radical changes, especially over the last few years. As of March 2005, the Daimler Group officially owns 85% shares in MFTBC, which has resulted in Daimler becoming the biggest manufacturer of commercial vehicles in the world.

This appears to have been a good move; the Fuso brand has gone from strength to strength since joining the Daimler Group stable. In fact, in a recent image ranking by the European trade journal Verkehrsrundschau, Mitsubishi Fuso was ranked first in the “customer image” category. A total of 400 purchasing managers and executives at haulage companies and at industrial and commercial enterprises rated Mitsubishi Fuso as the best commercial vehicle brand.

Fuso, which is largely known for its Canter in Europe, beat all other manufacturers in the ranking by 900 points. Operators specifically pointed to the vehicles’ impressive performance, citing excellent payload and functionality when justifying their choice.

Locally Fuso is also enjoying tremendous success. Mitsubishi South Africa is a subsidiary of MFTBC, which has its headquarters in Kanagawa, Japan. The company’s range of vehicles are imported in completely knocked-down (CKD) kits and assembled at the manufacturing plant of Mercedes-Benz South Africa (MBSA) in East London.

Impressively, the Freightliner and Mitsubishi Fuso division of MBSA has been a global leader in terms of sales growth for the Fuso brand.

In 2009 Fuso received the highly sought-after award for record historical sales from Mitsubishi Fuso Truck & Bus Corporation. “This is, by all means, an exceptional accomplishment. 2008 saw the beginning of the global economic downturn, making our transportation business more than difficult. But you have overcome these challenges. In particular, with your historical 2008 sales record, you have realised a significant contribution to the FUSO business,” Kai-Uwe Seidenfuss, member of the board vice president, noted.

In the recent 2009 Dealer Satisfaction Survey 2009 conducted by the National Automobile Dealer’s Association (NADA), Fuso ranked number one in the Customer Friendly Survey, achieving an impressive 73.9%. Even more impressive was its overall performance: yet again, Fuso came tops with 76.4%.

“We are delighted to be one of the leading markets for Mitsubishi Fuso worldwide,” states Ian Riley, divisional manager of Mitsubishi Fuso at MBSA. “The reason for this success lies in the fact the Fuso’s trucks are ideally suited for the local environment. We are able to offer a tough, reliable and economical product at a very competitive price and with the back-up needed to adequately support them.”

A TRUCK FOR EVERY NEED

Mitsubishi Fuso’s range, which extends from 6 to 26 t GVM and up to 50 t gross combination mass (GCM), kicks off with the immensely popular Mitsubishi Fuso Canter. The market leader in its segment in Asia and the Middle East, the Canter is as much a part of South African life as biltong and boerewors… It has, after all, been sold into the South Africa truck market since the early 1980s and it literally established South Africa’s medium truck market.

In July 2006, the company introduced the “New Generation” Mitsubishi Fuso Canter to South African operators, and they have flocked to the trucks like teenagers to Twitter. Especially economical, the latest Canter offers benefits to operators and drivers alike, as Duncan Prince, product manager of Mitsubishi Fuso at MBSA, explains: “The cab is exceptionally comfortable, and drivers enjoy it for this reason. Operators, on the other hand, appreciate the fact that the truck is robust and reliable.”

A highlight of the Canter range is the 4×4 Canter FG6-106. “This model has created new opportunities for us in niche markets, such as off-road ambulances, game-viewing vehicles, specialised utility vehicles and versatile fire-engines. In addition, customers have the option of ordering the single wheel application which enables the FG to move effortlessly through sand and tough terrain,” elaborates Riley.

Moving up one notch, there is the FK and FM heavy truck range, which continues to build a solid reputation in South Africa. “These heavy-duty trucks offer outstanding comfort for the truck operator with excellent economy for the owner. They are reliable and durable trucks, designed with the customer in mind,” explains Prince.

The Mitsubishi Fuso extra-heavy-duty range – the FV and FP – was introduced in March 2006, and these models are aimed at the 224- to 261-kW (300- to 350-hp) class. They are ideal for a variety of applications, from general cartage and construction to short- and medium-haul distribution. Both 4×2 and 6×4 configurations are available, with GVMs from 18 to 26 t.

Included in the range are four models. The Fuso FP 18-340 is a 18-t GVM, 42-t GCM, 4×2 truck-tractor that is ideally suited to a five-axle, 34-t GCM, articulated semi-trailer application in medium- to short-haul work, or for long-distance volume haulage in the professional movers industry with 22-m long combinations up to 42 t GCM.

The Fuso FV 26-310 can be used for both 6×4 tipper and concrete-mixer applications. At 26 t GVM, including a 7 100 kg permissible front axle mass, the FV is capable of handling up to 6 m of concrete and offers a 17.5-t body/payload for tipper work.

The Fuso FV 26-340, a 6×4 long wheelbase, freight carrier model, is suited to mass haulage work with drawbar trailer up to 50 t GCM. Bricks and livestock transport are typical applications for this model.

Topping the range is the 6×4 Fuso FV 26-340 truck-tractor, which handles up to 50 t GCM and is ideal for medium-distance haulage as a five or six-axle articulated rig.

This comprehensive product range has seen Fuso do remarkably well in the South African truck market – despite the fact that the commercial vehicle market has struggled over the last 18 months. Its success has also been bolstered by the fact that MBSA offers potential customers independent financing.

“Lack of funding is a massive problem in the current economic climate. Banks are very risk averse at the moment and operators are finding it incredibly difficult to acquire the funding necessary to purchase vehicles,” states Riley. “It’s much harder to raise cash now than it was a while ago, and even if you manage to get your hands on funding, it will cost you a lot to repay it.”

With this in mind, the company offers customers – through Fuso Finance and Insurance – the financial flexibility to purchase vehicles at attractive and affordable repayments. A number of finance options and payment structures have been designed to ensure that customers are able to buy the vehicles needed to keep their businesses going.

Initiatives such as Fuso Finance and Insurance forms part of a concerted effort by the company to support customers and help them weather the current economic storm.

“Mitsubishi Fuso recently launched the campaign, ‘All for you’, which focuses on our customers and all our activities that support them as a professional partner who moves our customers’ business successfully.  We explicitly emphasise that our customer-oriented spirit is reflected not only in our product design and production, but also in all the services we provide.  We are fully aware that our customers’ appreciation is the base of our business,” asserts Riley.

Indeed, Fuso’s success is the result of a good product offering, combined with the service needed to support these vehicles. What customers find in the company’s range of trucks is a world-class product, backed by world-class service, at a price that is surprisingly affordable. 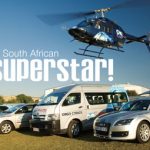 Prev South African superstar!
Next Local, but not lekker 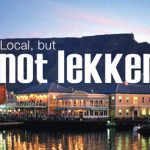