Local, but not lekker 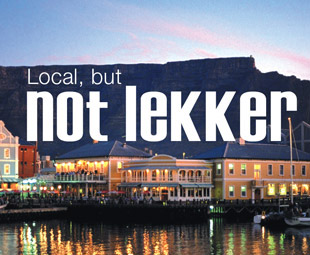 South Africa remains one of the most competitive commercial vehicle markets in the world, with a plethora of brands represented here. Can they all survive and what does the future hold for these companies? FRANK BEETON looks into his crystal ball…

You name it, virtually every major brand is represented in the South African commercial vehicle market, kicking off with the inimitable Mercedes-Benz, the long-standing market leader. The brand has been a part of South African life since 1896, when the first car to be imported into South Africa, a Benz Velo, made its appearance. The company concluded last year with a 26.45% share of the over-3.5-t market. The three-pointed star is joined by two other group brands: Freightliner and Fuso.

Next up is Hino South Africa, which was previously called Toyota SA Trucks. It notched up a 15.11% share of the market last year, and is particularly strong in the medium commercial vehicle (MCV) market with its Dyna brand.

Nissan Diesel is the regular number three contender, and last year it achieved a 13.23% market share, largely thanks to its success with the new Quon series, which has become a firm favourite in the extra-heavy commercial vehicle (XHCV) sector.

Isuzu Truck South Africa occupied fourth position last year, a position it retained by the end of the second quarter this year. The launches of the long-awaited Gigamax XHCV and innovative MCV N-Series in 2008 provided the company with considerably enhanced marketplace exposure, and the company continues to deliver a strong performance, with a 9.26% market share as at the end of last year improving to 11.73% in the second quarter of 2009.

Number five on our list of top 10 best sellers is MAN Truck and Bus, which enjoyed a market share of 7.20% last year. A wholly owned subsidiary of MAN Nutzfahrzeuge AG in Germany, the company’s products have been sold in South Africa since the early 1960s. It does exceptionally well in the bus market in South Africa, and is a regular recipient of the Focus on Excellence Award for best bus. MAN will prance up the top 10 list this year, of course, after its parent company took over Volkswagen AG’s truck and bus division earlier this year.

Tata, a company with a tumultuous recent history in this country, was the sixth largest player in the commercial vehicle market – it achieved a share of 6.61% last year. Sadly, a year-on-year comparison with 2007 reveals a volume reduction of over 45%, with overall market share down by more than 4.6%, resulting in the loss of two market share positions. Tata first made a foray into this market in mid-2004, when it announced that it would distribute a range of passenger cars, utility vehicles, pick-ups, trucks and buses locally. It enjoyed massive success, racing to sector leadership in some segments and some quarters, before being crippled by vehicle financing difficulties, largely initially as a result of the National Credit Act.

Italian firm Iveco occupies the number seven spot, with a 2008 market share of 4.7%. As we reported in last month’s FOCUS, the company is doing fairly well this year, although its official numbers paint a different picture.

Although it’s dropped down the rankings to position number 12 (second quarter; 2009), Navistar International was the eighth largest player in the commercial vehicle market, with a 2.42% share of the 2008 market. Alas, its product range competes in the extremely troubled XHCV segment, hence its reduced market share. Last year was Navistar International Trucks South Africa’s first year in the local market – the brand was previously imported by Commercial Vehicle Holdings, the Imperial Group company.

Swedish contender Scania is the ninth largest player – established in 1995, it is a wholly-owned subsidiary of Scania in Sweden. Its sales volumes are traditionally fairly similar to that of its Swedish compatriot Volvo (Scania achieved 2.93% share last year; Volvo attained 2.89%). Having said that, Volvo has had a cracker of a year thus far, enjoying a 4.28% market share in the second quarter of 2009, placing it firmly in seventh spot. Volvo also currently carries the responsibility for marketing and support of Renault trucks in South Africa.

That’s the current situation – and we know that all these companies are battling, irrespective of their product range or service delivery. But how can they expect to perform for the rest of the year?

In a nutshell, it is going to be tough. But there are some tiny rays of light.

It is significant that the two heavier goods vehicle segments (heavy commercial vehicles and XHCVs) have displayed a tendency to improve their share of the overall market as the second quarter reached its end. This confirms the now widely held perception that market weakness since the latter months of 2008 has been a factor of supply rather than demand, and that sales of heavier vehicles have the potential to respond positively to any improvement in the availability of acquisition financing, which appears to have been the main constraint during the period of depressed volumes. It is important that the supply industry recognises this dynamic, and has its plans in place to ensure that future recovery of the market is not compromised by a lack of appropriate financing instruments.

There have recently been some encouraging signs of initial economic revival in the global context, mainly supported by evidence of increased demand for raw materials. This has been reflected locally in the latest published results from the Kagiso Purchasing Managers Index, which have shown a slight improvement in sentiment in the manufacturing sector, and, for the first time in eight months, include expectations of positive growth six months ahead.

The results of this survey do not, as yet, include any increase in the propensity to purchase, but do reflect an important improvement in expectations for the local business environment around the end of 2009.

On the financial front, recent comments by the governor of the Reserve Bank indicate that the rate of decline in local interest rates is set to slow. The recent strength of the rand against the US dollar and other foreign currencies also provides an unexpected window of opportunity for the purchasing of forward exchange risk cover, with the objective of stabilising vehicle and parts pricing.

The bus sales results during the second quarter of 2009 (302 units were sold) were particularly encouraging, and have provided a solid base for growth once deliveries of vehicles destined for bus rapid transit (BRT) projects start to make their appearance in the official statistics. If the new minister of transport and his deputy succeed in their efforts to restrain the taxi industry, thus ensuring the smooth implementation of the BRT schemes, bus sales could end the year on a high note.

Prospects for the total truck market through the second half of 2009, however, still remain muted, although the June result has raised some legitimate hope for a slight improvement over the performance of the first six months.

Once the full economic impacts of recent events, such as the Indian Premier League cricket series, the British and Irish Lions’ rugby tour and the Confederations Cup soccer tournament, appear in the national accounts, we anticipate a further improvement in the local business mood, and with some further relaxation of the financing environment, commercial vehicle sales could be set to take a step upwards.

The consensus industry forecast of around 28 500 units recorded last December now appears beyond reach, with the current sales rate barely supporting a final volume of 20 000 units. We do remain hopeful, however, that the second half of 2009 will be marginally more positive than the first. 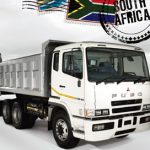 Prev All for Africa
Next Driving the SA gauntlet