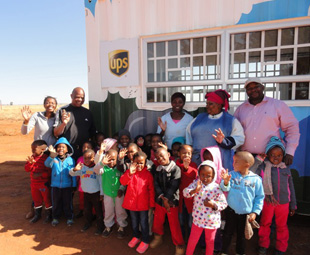 It’s the season to be jolly … and many South Africans will be in good cheer thanks to some much-needed monetary donations from the UPS Foundation – the philanthropic arm of the international logistics provider.

“Through these grants, UPS South Africa has been able to contribute to some remarkable and uplifting community projects,” says Jasen Smallbone, sales and marketing manager at UPS South Africa.

Grants funded by the UPS Foundation in 2014 include:
– Durban Children’s Home: A R156 282 grant will be used to renovate the kitchen and dining room at one of the units housing children aged between four and 11 years. New tiles will be laid, doors and kitchen cupboards will be replaced, and new cutlery will be provided for the children’s day-to-day use.

– TEARS Foundation: A grant of R218 858 will be used to expand the rollout of an interactive board game called LifeBoard. Based on the philosophy that prevention is better than a cure, the game forms the foundation of a strategically designed education programme. It aims to initiate a proactive response to the epidemic of rape and sexual abuse, and to educate the youth and adults about the unwanted and inappropriate sexual behaviour of others. In addition, it teaches communities to recognise and react to a real, or potential, situation of abuse.

– Glenbridge Special School: A grant of R163 834 will be used to upgrade security at the school. The school was previously unable to maintain and upgrade its security, due to a shortage of funds. This caused serious problems with trespassers on school grounds, theft of school property and vandalism. The grant will enable the school to install new and improved fencing, CCTV, burglar bars and security gates for all the classrooms.

– Bright Kid Foundation: The R316 344 grant was used to construct an entire Edutainer, which is due to be delivered to the Badirile community in the West Rand in December. Edutainers are 12-m-long containers converted into preschool classrooms. Badirile is a thriving early childhood development centre, which urgently needs an additional Edutainer to accommodate additional children, who currently have no alternative school to attend. 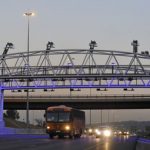 Prev Foreigners look out! E-tolls might get you locked up …
Next Top Tech Wiz announced … 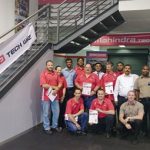