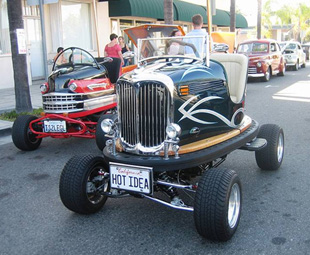 Bumper cars, those little rubber padded vehicles that run on electricity via a pole on their backs reaching up to an electrically charged overhead plate, have crept into the heart of fairgoers across the globe. But what happens to these bumping vehicles once they’ve reached the end of their bumpy roads? In California, America, they are zooming round in the streets … .

Tom Wright, a builder in the outskirts of San Diego – who figured the leftovers of the Long Beach Pike amusement park needed a more dignified end than a landfill – converted some of the bumper cars into fully street-legal, fair-retro mini-vehicles.

This sorted out the bumpy ride, and also delivered astounding power, with some the beasties reaching recorded speeds of up to 250 km/h. Wow! However, this is sure to be terrifying due to the bumper cars short wheelbase. (Luckily you know you’ll be safe if you bump into anything … .) 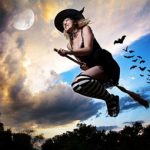 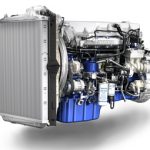