Budget buy with a bang 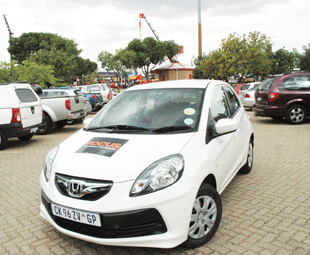 Honda’s slogan for the Brio “more reliable than life” is quite fitting as the little mover proved itself during this year’s Johannesburg International Motor Show (JIMS), with it being used as the FOCUS team’s official transport to and from the show.

It’s Honda’s first entry to the budget car segment, but according to Yoshiaki Nakamura, MD of Honda Motor Southern Africa, it is going to become a trendsetter. “It allows us to introduce the Honda motoring experience to a wider audience for the first time.” (The vehicle went on sale during December last year.)

However, it certainly doesn’t look the part of a budget buy and compliments flew its way during the first few days of the show. One of the guards at the JIMS media gate even stopped me to have a chat about the vehicle.

The interior is also good looking, with the darker beige complementing the fine finishes. But, admittedly, this makes it a bit more difficult to prevent stains on the seats (rather don’t eat in the car).

Its interior space rather surprising, but the boot is a tight fit (but that is to be expected from an entry-level vehicle).

As for the oomph underneath the bonnet, the Brio boasts a 1,2-litre i-VTEC (intelligent variable valve timing and electronic lift control) engine, delivering 65 kW at 6 000 r/min and 109 Nm torque with a choice of either a five-speed manual or automatic transmission.

The little mover requires some downshifts when encountering a mean hill, but it keeps up nicely with other traffic on the highway. 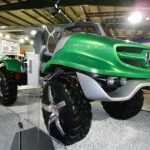 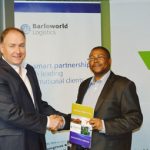