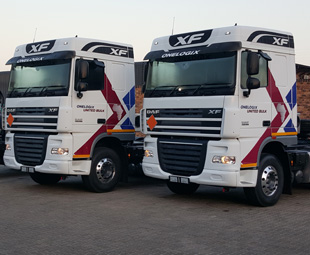 The Transport Solutions division of Babcock – the sole importer and distributor of DAF Trucks in southern Africa since 2011 – is giving cutting-edge European engineering a distinctly African twist. It is stocking up on world-class DAF Trucks imported directly from the DAF factory in Netherlands, with adaptations to suit the local environment.

These include the best-selling XF105.460 for long-distance haulage, and the CF85.410 for regional and construction transport.

“Our climate, and the fact that South Africa has some of the harshest dust conditions in the world, necessitate modifications to the main air-filter assembly; such as the double cyclonic air filters that were specially developed to deal with the dust experienced in some regions.”

“You also need to bear in mind that, generally, in Europe the truck engines run at full load capacity a lot less of the time than they do in our conditions,” says Gavin.

He explains that most of the modifications required are due to highway design and construction in different regions, as the main routes in Europe are generally flatter than those found in South Africa.

Steep inclines and descents call for tougher engines that are required to work harder and for longer periods. While the DAF’s Euro-3 specification engines offer fuel efficiency, cleaner emissions, durability and reliability, in southern Africa they also include steel pistons and a heavy-duty cooling system.

“Unlike most other brands that are assembled in South Africa, Babcock imports the trucks directly from DAF in Eindhoven, the Netherlands, where they are built with passion and expertise and then customised for the local market,” says Gavin. “This ensures the highest of European quality, designed for demanding African conditions,” he concludes. 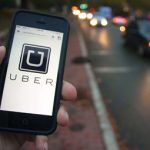