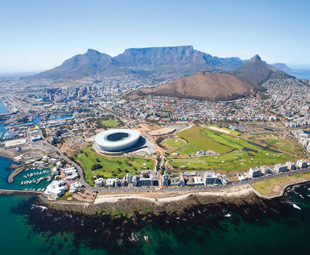 With increased congestion levels and heightened commuter needs, Cape Town is certainly in the transport spotlight. We speak to one of the city’s most prominent operators, to see how it is handling the scenario.

It was announced last year that, despite its reputation as a mecca for the jet set to get away from it all, Cape Town is officially South Africa’s most congested city. TomTom’s fourth annual global traffic index measured over 95 000 km of roadways in South Africa. Cape Town with a congestion level of 27 percent, ranked 33rd out of 138 global cities measured.

Chances are that Cape Town will hold on to its new title when the report is repeated this year. Clearly, the city’s residents are increasingly in need of public transport. “The bus industry in the Cape Metropole is undergoing significant changes at the moment as further phases of the City’s bus rapid transit (BRT) system are introduced. Despite this, there is still a significant under-provision of public transport options for thousands of Capetonians,” says Francois Meyer, GM for Golden Arrow Bus Services (GABS).

GABS is Cape Town’s oldest operating bus company. In 2013, it became an official vehicle operating company (VOC) for the City of Cape Town’s MyCiTi service. Through its subsidiary, Table Bay Rapid Transit (TBRT), it operates the trunk service along the Atlantic corridor from Table View to the central business district (CBD), as well as services from the CBD to Sea Point and Camps Bay.

GABS is, however, operating at capacity, says Meyer. With the city’s increasing congestion and urban sprawl, adhering to timetables is becoming an increasing challenge, requiring more resources to operate existing services.

“There is a dire need for additional buses. On a national, provincial and metropolitan level there are severe financial constraints, which are delaying implementation of new and additional services,” he notes.

Clearly it is now more difficult than ever to provide the service commuters expect. How, among obstacles like increasing congestion levels, drivers’ strikes and volatile fuel prices, does one offer consistent service levels to commuters who desperately need reliable, efficient ways of getting from A to B?

For GABS, part of the solution is to implement stringent cost controls and increased internal processes of quality management.

“Operators of public transport services have to be extremely disciplined in every aspect of the service and, at all times, focus must be on the passenger and what the passenger wants. We have learned through our 154 years that the only way to offer consistent, high-quality services is to micromanage every aspect in the logistics chain,” Meyer points out.

The need for reliable, safe, cost-effective transport therefore drives the GABS business. The company’s approach to change and innovation is to balance it with the specific needs of its passengers. That said, in its drive for increased efficiencies, modern technology is beginning to play an increasingly important role.

“The current trend is to move towards automation in terms of on-board operating and maintenance systems. This has opened a world of possibilities for diagnostics and recording statistical information that can be used to better understand our fleet. Electronic ticketing systems are also being investigated, and Golden Arrow is concertedly renewing its fleet and testing new vehicles in the process,” Meyer remarks.

Aside from GABS, Meyer points out that there are critical issues facing the South African commuter bus industry, which government needs to address.

“Changes to strategic personnel within national government departments have led to a loss of institutional knowledge and lack of policy formulation. Ideally, personnel should enjoy a longer tenure in order to ensure continuity.

“In this vein, policy finalisation and the implementation of long-term operating contracts is the single most important factor affecting bus companies in this country … Operators desperately need security to invest in their businesses, which these will give,” he says.

If there is one city in the country that currently requires its transport operators to go above and beyond, it’s Cape Town. In conclusion, Meyer offers some friendly advice to local bus operators.

“First, the operator’s business has to be on a sound footing and healthy at its core. Operators then need to be in touch with the environment that they serve. They need to have good relationships with role players in the industry, and should also play an active role in institutions such as universities, chambers of commerce and industry associations in order to keep abreast of trends.

“In addition, operators need to employ the right kind of people with the right skills to be able to manage new developments in the industry,” he concludes. 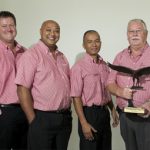 Prev A first for the Cape
Next Twelve tanked-up tips 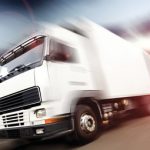