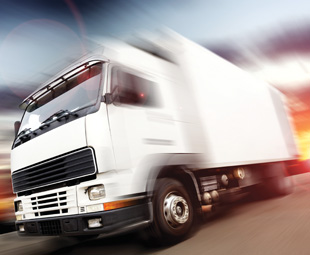 Even with the fuel prices trending downwards, there is still more that vehicle owners can do to reduce fuel consumption and increase their profit margin.

With a sluggish world economy, that is showing no positive signs of recovery in the short term, truck and bus operators are facing tough times and reduced operating profits. Optimising the fuel consumption of your fleet is one way to reduce operating costs and increase fuel economy.

A small reduction in fuel consumption results in a big financial saving in the fuel bill. In addition to savings achieved by managing your vehicles’ fuel consumption, other variable operating costs will automatically also be reduced – as optimum fuel consumption cannot be achieved without driving the vehicle in a proper, professional manner. The gain is further reflected in reduced maintenance and tyre costs.

Good driving techniques are one of the main means of lowering the fuel consumption of vehicles. It is important, therefore, to include drivers in the management of fuel.

One of the best ways to motivate and encourage drivers, to achieve good fuel consumption results, is to give them an incentive based on the savings achieved against a set fuel consumption target.

To set a realistic and fair target, get the average expected fuel consumption figure from your vehicle supplier for your particular vehicle. Then, measure the fuel consumption that the vehicle is currently achieving by running it on the normal route that it travels and accurately record the consumption. On this test run make sure that an independent and honest person accompanies the driver to ensure that the information is correct.

Now, set a realistic and achievable fuel consumption target for your driver and offer some reward based on the savings that are made.

Travelling in excess of the current speed limit drastically increases fuel usage of trucks and buses. To illustrate the increase in fuel consumption at higher speeds, the following consumption figures for a 357 kW
(480 hp) truck tractor coupled to a set of interlink trailers and carrying a load of
34 t, both ways, between Johannesburg and Durban, were supplied courtesy of TransSolve:

Many vehicles that are used in a distribution type of operation, where fleet management is often not well controlled, idle for long periods. This poor practice is bad for the engine, and causes fuel wastage.

A poorly maintained brake system, where air is lost via faulty brake valves, is sometimes the reason that drivers do not switch off their engines while stopping to offload. This is because they know that on start-up they will have to run the engine for a while to build up air brake pressure again.

Driving outside the green band

Most trucks are fitted with a rev counter that is marked with a green band, indicating the most economical rev range. Driving within this green band produces the best fuel consumption and helps the driver obtain optimum performance from the engine.

Gentle acceleration and smooth driving is a key factor in reducing fuel usage. Anticipation of stopping distances and letting the truck roll towards a stop avoids harsh brake applications and also helps save fuel.

Overloading is illegal and also increases fuel consumption. Assist your drivers by teaching them the correct load that their vehicle can legally carry, and the importance of placing the load in the correct position on the truck.

Poor vehicle maintenance is a major cause of high fuel consumption.

Fuel theft is taking place in many operations. In those where fuel consumption is well monitored it is very difficult for this to occur undetected.

Air resistance is an important factor. Endeavour to keep frontal areas of trailers and bodies as small as possible.

The truck must be correctly engineered, have sufficient power and the right drivetrain to ensure the best possible productivity and fuel consumption.

With the high cost of operating trucks and buses, in a highly competitive market, fuel costs are one of the major costs incurred in the running of your vehicle. In some long-distance operations the cost of fuel exceeds other fixed and variable costs. A good operator cannot afford to neglect the management and control of this important cost element. 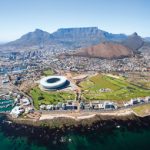 Prev Changing times
Next And so the killing continues … 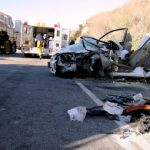