If you thought the above headline suffered from some serious sub-editing malfunction, read on. This is the new age. Come and join us!

The global transport sector is no stranger to technology. Fleet management technology is a prime example. According to telecommunication analyst Berg Insight, the fleet management industry in Europe stood at 1,5 million units in 2009 and is expected to grow to over four million by 2014 – that’s a 266 percent increase in five years!

In 2003, the worldwide market for fleet tracking powered by Global Positioning System (GPS) technology was estimated to grow from £1 billion to more than £15 billion in 10 years. These technologies are not strange to us in South Africa either. As we know, fleet management in the local transport sector is growing in leaps and bounds.

As you may have noticed, FOCUS recently joined the social networking sphere too; we now have a (small) presence on both Twitter and Facebook, which we are using to bring you important up-to-the-minute news, live updates from any event we might be attending and general, light-hearted industry-related fun.

Twitter, in particular, intrigues me. I never saw the logic behind it, to me it was basically legitimised stalking: find the people you “like” and follow them to get all the news they wish to give. I never saw the point. For a “generation-next” journalist (those born in or after the 1980s), that was probably a little naive of me.

The amount of information that flows through the Twitterverse (which, according to the Urban Dictionary, is the cyberspace area of Twitter) on a daily basis is absolutely mind-boggling (it is said that 3,5 billion pieces of content are shared on Facebook each week, while a billion tweets are tweeted a week). These social networking sites are where a lot of information is first shared nowadays – from breaking “news” and “leaked” images to details of new products or anything else; you name it, it’s there. Fast, current, instant. And if you snooze, you lose.

Twitter and Facebook enjoy an astounding presence of overseas companies, manufacturers, dealerships, workshops, interest groups and fans of and related to the commercial vehicle, transport and logistics industries (those in the UK and America seem particularly adept at social media activity). I have to say, however, that when it comes to the local trucking and transport community, I was left feeling a little disappointed.

Okay, even though there are only around 1,1 million Twitter users in South Africa and 4,6 million South African Facebook users (ranked 34th in the world), I had thought that, like almost every major car manufacturer locally and most commercial vehicle entities overseas, our local trucking, transport and related entities would be out there with a presence. Unfortunately not, it seems.

So, trucking and transport industry of South Africa, it’s time to join the new age of communicating with your customers, clients, suppliers and the general public. It’s a great way for our industry to reach out to the next generation and show them what amazing machinery and people we deal with on a daily basis. I know for a fact that the people in our industry are a social bunch. I’ve seen it – any excuse for a “kuier” (visit) and a “dop” (drink), and we’re there, so why not extend that friendliness into cyberspace? You can start by following us @FOCUSmagSA on Twitter and liking FOCUS on Transport and Logistics on Facebook. 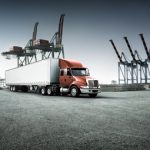 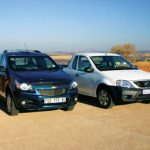