Component sales down, but parts sales are up 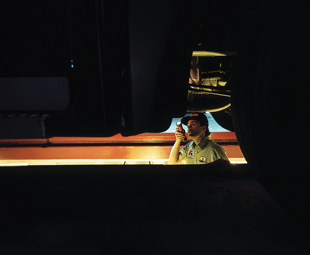 Component manufacturing for exports has taken a hammering due to the stronger rand, but parts sales entering the domestic market are doing well as fleet owners recover from the recession, writes Udo Rypstra

The past two years have been tough for South Africa’s vehicle components industry, especially for those involved in exports, and they continue to suffer from the aftermath of a recession. A strong rand, low sales and increasing production costs due to higher wages and cost increases passed on by Eskom and Transnet have also been contributing factors.

Some parts distributors did well as local fleet operators, in an attempt to beat the recession, spent money putting mothballed vehicles back on the road and started buying new ones.

The turnaround in the domestic vehicle market came during the first quarter of 2010. Vice President of Hino South Africa, Casper Kruger, commented: “It is probable that some of this new momentum can be ascribed to the delayed fulfilment of vehicle acquisition plans that were frustrated during 2009 by intending purchasers’ inability to secure asset financing. However, the rapid approach of the World Cup tournament in June made it an urgent necessity for operators to balance the capacity of their fleets with the increase in business tempo that was anticipated for mid-year.” He said that this would undoubtedly lead to urgent vehicle purchasing activity in some quarters.

Commercial vehicle manufacturers don’t report sales from their own and dealer spares and component inventories, but several said that their workshops were filling up again as vehicles were put back on the road and maintenance work increased.

Obviously, preparations for the World Cup had something to do with it, but even after the final whistle had been blown, the recovery in domestic sales of components and parts continued. 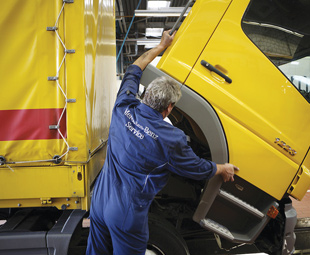 A barometer of this is the performance of the auto parts division of the Imperial group which specialises in supplying after-market spare parts and accessories, which include the Midas Group and Alert Engine Parts. Imperial bought a 59% share in Midas late in 2009 and recently acquired full ownership. Imperial said in a recent statement: This business is performing ahead of expectations and made a meaningful contribution to divisional profits over seven months. Alert Engine Parts performed well during the period. Imperial is now the leader in this very substantial market segment and our scale will facilitate further efficiencies and create a base to enter adjacent parts and component markets.

CEO Hubert Brody believes the replacement vehicle parts business will make a good contribution to profits in the year ahead “because Midas will be accounted for a full year and due to the benefits flowing from an ageing car park.”

The Midas Group is unique in that, with nine distribution hubs, it is the only national distributor of spares. In fact, it has more than 430 franchised stores in Southern Africa, with Napa Ltd being the national buying and marketing co-operative.

The Midas Group also claims to have the unique advantage of critical mass, together with specialised product divisions with focused, technically competent product management teams serving the distribution hubs which in turn service the needs of the customer.

Originally founded in 1968, the group markets and distributes quality automotive, DIY and leisure products through selected channels. Apart from Napa the group consists of Parts Incorporated Africa, the national hub and spoke distribution business, and holds franchises for leading local brands such as Midas, Motolek, ADCO, CBS and Auto Care & Diagnostics. The Midas stores are designed around the needs of any vehicle owner focusing on various product ranges from parts and accessories through to lifestyle equipment. There are over 265 franchised outlets in Southern Africa, including Swaziland, Mozambique, Zimbabwe, Botswana, Namibia, Lesotho and Mauritius.

How South Africa’s component manufacturers are doing will be revealed next month, when NAACAM president Stewart Jennings will present his annual report. But at the AGM held late last year, he already indicated that members are still experiencing difficulties recovering from the recession and, in terms of exports, were hampered by the strong rand. He predicted that car production last year would still be the second lowest in 10 years and that total vehicle production was back to 2003-2004 levels. “Production of cars and light commercial vehicles for sale in the domestic market in 2009/10 were the lowest since the early 1960s,” he said.

However, by late last year, vehicle exports as reported by the National Association were recovering and had reached 30% above 2009 levels while component exports were 13% higher in the first half, but still 35% below the 2008 record. The stronger rand in the second half of 2010 and excess global capacity could reduce the stats further.

Jennings said the Department of Trade and Industry finally announced the rules for the Automotive Investment Scheme (AIS) but the production incentive regulations were still awaited, affecting future exports. He said the major challenge was economies of scale, but that the rand’s volatility and uncompetitive strength were eroding exports, allowing cheaper imports and the setting of non-viable benchmark pricing.

The latter has prompted some manufacturers to revive the debate over genuine parts versus non-genuine or pirate parts, warning customers not to buy cheaper, inferior parts, and that warranty claims will not be met if they are used. However, there are others who argue that vehicle manufacturers make very few parts (with the exception of the body) and that a high percentage of vehicle parts sold by car and commercial vehicle manufacturers are the same as those sold in their original packaging and under their original brand names by independent parts distributors.

“The fact that many non-genuine parts are manufactured from superior materials, or are assembled with more robust components, is also ignored. There are also some original specifications that embody latent defects, which have been eliminated in after-market branded products. That non-genuine parts incorporate these enhancements is actually more prevalent than one would think,” one parts manufacturer stated some years ago. The debate continues. 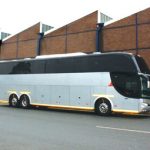