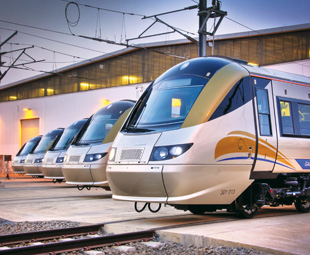 Decent public transport and South Africa are not synonymous – but that really doesn’t have to be the case.

Now, I realise this doesn’t qualify me as a regular user of public transport (something FOCUS columnist Vaughan Mostert has been trying to sway me into for a while …).

One has to admit, however, that the Gautrain system is certainly one of the quickest, easiest ways of reaching the key areas of Gauteng’s megalopolis – that’s the Joburg metropolis, Pretoria, and all the infused bits in between. And yes, if our local public transport was up to scratch – in other words safe, regular and integrated Metrobus/bus rapid transit/Gautrain bus services – I would seriously give it a chance as my predominant mode of transport during the week.

There have also been a few instances during this time of using “public transport” where I chose to walk. And this is what really got me thinking. I had an epiphany or two, if you will.

First, private commuters are damn unfit! There were a few instances where I wasn’t walking alone – so I don’t feel too self-conscious about this …

Second – and yes, I concede that the Gautrain system is comparatively cushy – I honestly enjoy using public transport. The speed and convenience, lack of the stress caused by negotiating Joburg’s all-day rush-hour traffic, new-found free time not taken up by actually driving, and satisfaction that it’s costing you only a portion of your ever-increasing fuel bill are totally worth it.

My next thought was how we could get more people to start making use of public transport, even if only as a means of getting to work and back. As you’ll read on page 30, at least one major financial institution is beginning to expect this sort of behavioural shift – exactly when, though, really is anyone’s guess.

As I said, commuters need an infrastructure that provides quick, cheap and reliable ease of use … look at London’s Oyster card, for example. One card gives the user access to six different forms of the city’s public transport infrastructure!

Unfortunately, until local public transport systems function as a cohesive whole (and only then can we use the term “world-class”), persuading the average car user otherwise will be nigh on impossible.

Other options? Well, ride-sharing schemes (like that of FindaLift, which we featured in May 2013) have started to emerge; but, let’s be honest, it’s perhaps seen as more of a niche idea and will appeal to a select few South Africans.

There’s also the option to move to two wheels. A recent study on cyclist safety, by researchers from the University of Colorado Denver, paints a compelling picture for cyclists. The researchers studied crashes at intersections throughout the city of Boulder, Colorado, where more than two-thirds of collisions occurred.

They found that the risk of accident was relatively high at intersections with less than 200 cyclists per day, but above this threshold the chance of collision decreased. Further, cities with a high level of accommodation for cyclists were safer for all road users.

Somehow, though, I see that as being a bigger adjustment for South African motorists than the whole public transport debate. It would bode well for our fitness, though …

This culture of private transport is a tough one to break: to begin doing so, the powers that be need to truly acknowledge what’s wrong with our current systems and fix them properly. It really can be done. But, until then, the combination of my personal, air-conditioned gas guzzler and cushy Gautrain system works just fine. 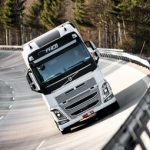 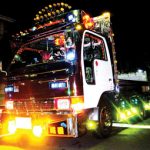