One of the most striking features of South Africa’s road system is the abundance of traffic signals and signs that require compliance for their own sake, rather than because they enhance safety, says ROB HANDFIELD-JONES.

This state of affairs is tailor-made for Mother Grundys who don’t understand that the purpose of traffic laws is to stop people being killed, not to manufacture procedural offenders. A good example is that archaic invention, the stop street. Many years ago I lived in Vorna Valley, a suburb of Midrand that was (and remains) notable for the astonishing proliferation of stop streets – virtually every junction has one. And do people stop at them? Hardly ever.

There are two ways of interpreting this. The first is the typical response of Mother Grundys and traffic authorities: “This is shockingly lawless behaviour that should be stamped out!” The second is the more pragmatic approach: “Why place stop signs at an intersection when any reasonable person can see that coming to a dead stop – especially four or five times per kilometre – is entirely unnecessary?”

I can think of perhaps two or three of the dozens of stop signs in Vorna Valley that are truly justifiable. The rest are pointless annoyances that impede the free flow of traffic and create excessive amounts of vehicle emissions. Bear in mind that three or four stops per kilometre from 60 km/h roughly doubles a vehicle’s fuel consumption compared to maintaining a constant speed. If South Africa converted all its stop signs into yield-controlled junctions or traffic circles, we would prevent considerably more emissions from entering the atmosphere than will be mitigated by the government’s new CO2 tax.

I’m further of the opinion that these pointless stop streets, far from improving road safety, contribute to a mindset that actually causes crashes. I used to watch it happen in Vorna Valley – because of the excellent visibility at almost all stop streets in the suburbs, people would routinely trundle through them without stopping. In fact, it became a habit and over time they stopped looking altogether. Several crashes have been caused this way. Whereas, if yield signs or traffic circles were used, the unspoken message to drivers is “the responsibility for safe passage is entirely in your hands – if you want to proceed without stopping, make sure it’s safe to do so”.

Of course, by now the Mother Grundys will be incandescently frothing at my impertinence, so I suggest they book themselves a flight to Germany, which has some of the safest roads in the world. You can drive for days in Germany without seeing a stop street, whether in town or in the country. Uncontrolled and un-marked junctions are routine, and crashes at these locations rare. Why? Because the German government, by taking this approach, has placed the responsibility for road safety in the hands of drivers.

That’s probably the sum total of the problem in South Africa – most of our road network was designed and signposted under a totalitarian government that wasn’t going to brook any “original thought” nonsense from its population. Unfortunately, the current government is showing signs of drifting towards a similar authoritarianism, so my guess is that, for the foreseeable future, many urban junctions will remain stop-street-controlled money-makers for the authorities.

Posts by Focus on Transport
Prev 2010 Excellence Awards finalists announced
Next On with the show! 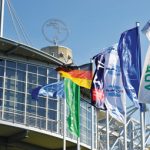