Residents in the Bayhead area of Durban held a protest march recently, calling on truck owners to take responsibility for the deaths, damage to roads and pollution in and around the harbour terminal area. Our heavy vehicle industry cannot afford this type of bad publicity.

The protest march was sparked by the death of a local resident who was killed when his car was sandwiched between two trucks at a stop street. According to locals, this was not the first such incident involving truck drivers. They say nine people have been killed by large trucks in the area in the last 10 years.

They describe truck drivers operating in the harbour terminal area as a law unto themselves; completely out of control, and with no respect for people living in the area.

Residents say they have had enough. After the protest march, they handed a memorandum to the KwaZulu-Natal Department of Transport requesting that action be taken against the unlawful truck drivers.

A spokesman for the department said the blatant disregard of traffic regulations would not be tolerated and that severe action would be taken against rogue truck drivers.

As a heavy vehicle transport industry, we cannot afford this type of bad publicity. We need to take some action to address this situation.

The first thing that needs to be addressed is the bad behaviour and lawlessness of drivers. This must be done by the truck operators since they are responsible for both their vehicles and their drivers.

However, although we cannot condone the bad behaviour and blatant disregard for the law of these drivers, we need to examine the living conditions they are subjected to while waiting for their trucks to be loaded at the harbour terminal – long queues and many hours are the norm.

Many of these drivers drive down from Gauteng overnight and arrive at the harbour terminal exhausted. On arrival, they are probably not able to sleep as they have to continually move forward in the queue. They are also afraid to sleep since equipment on their vehicles, such as spare wheels and batteries, may be stolen.

Is it not time to ensure that exhausted drivers are able to have a proper rest and enjoy a decent meal in a secure area?

Is it not time to accelerate the development of a dry dock away from the harbour terminal with proper facilities to accommodate the large number of heavy vehicles collecting containers every day – and to provide facilities that will enable these trucks to be loaded quickly?

Is it not time that maximum driving hours legislation was put in place to ensure that truck drivers arrive safely at their destination – fresh and in a good frame of mind?

FOCUS conveys its deepest sympathy to the families of those who have been killed in collisions involving heavy trucks in the Durban harbour area and sincerely hopes the situation will soon improve.

One of this country’s most respected commercial vehicle industry authorities, VIC OLIVER has been in this industry for 49 years. Before joining the FOCUS team, he spent 15 years with Nissan Diesel, 11 years with Busaf and seven years with International. 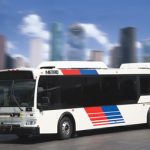