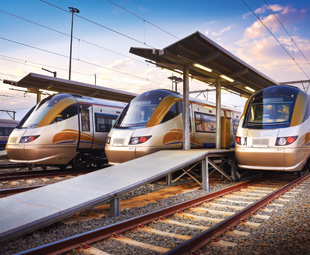 A recent newspaper article has underlined an ominous situation in Gauteng. Sooner or later someone will have to intervene – and it may have to go all the way to the Constitutional Court, which has recently pronounced in favour of both the “little man” and the community at large.

In the Sunday Times of April 17 we were told that a “feasibility study” on the expansion of the Gautrain is expected to be released within six weeks. “It’s all sketched out in the Integrated Transport Master Plan (ITMP) commissioned by transport MEC Ismail Vadi in 2014,” according to Gautrain CEO, Jack van der Merwe, who was also the chairman of the ITMP steering committee.

I have to repeat a previous column (August 2015) here. Contrary to Van der Merwe’s claim, precisely nothing is “all sketched out” in the ITMP. The meagre public transport component was covered by Annexure F, which was quietly removed from the ITMP website in June 2015. The ITMP now has no public transport content. Why are we being misled like this?

There have been several feasibility studies into the Gautrain over the last 16 years or so. The most recent one is an Economic Impact Report produced by auditing firm KPMG in 2015. (Considering KPMG recently broke ties with one of its clients, claiming “reputational risk”, maybe it should tread just as carefully with the Gautrain.)

The KPMG presentation includes some big numbers – R20 billion contributed to provincial gross domestic product over six years, residential property values up by R12,9 billion, R10 billion worth of retail development due to the Gautrain, and so on. We are told that “for every one rand spent on the Gautrain,
73 cents is added to the provincial economy”.

Even if all these figures are correct, they do not justify the conclusion (repeated twice) that “substantial future economic gains can be derived from an expansion of the Gautrain system”. It seems likely that the next “study” will merely continue this charade.

Significantly, the KPMG study makes no mention of the annual patronage guarantee of over R1 billion, a figure which will simply go into orbit if any expansion takes place. As with the missing Annexure F, ignoring something won’t make it go away!

The “property development” theme also needs to be interrogated. If there has been some increase in property values, let the developers themselves make a contribution to both the capital and ongoing costs of any passenger rail scheme.

Higher rate payments alone won’t be enough. If we are looking for a precedent, back in 1907 the Johannesburg City Council required property developers in Bez Valley, Kensington and Malvern to pay a total of £35 000 up front, before extending the tram tracks further into these suburbs.

As for “retail” development, I wonder whether the R10 billion quoted by KPMG includes the Mall of Africa, which is the most recent example of how the community is being failed by feeble public transport in Gauteng.

During the first week of May, a taxi shootout at the Mall resulted in one death and a number of injuries. The reason for the shootout was entirely predictable – a dispute over routes. For those not familiar with Gauteng, the Mall lies slap in the middle of a huge area, stretching all the way from both the West and East Rand to Pretoria, which has no formal public transport (sorry, but the Gautrain and its underperforming feeder buses don’t count).

This area should long ago have had a scheduled network of standard bus and minibus routes in place, which should only have to be “tweaked” where necessary to cater for major developments such as the Mall.

Sadly, our researchers, business schools, think tanks and non-government organisations have nothing worthwhile to contribute. As recently as 2014, a South African university awarded an MSc (civil engineering) degree for a thesis on the Gautrain passenger forecasting that included the following:

The … systems listed below … prove the government’s dedication towards the vision of moving people from private vehicles to public transport.

Sorry, but the continuing absence of Annexure F “proves” the exact opposite. Bland quotes like these mean nothing to the hapless users (and non-users) of public transport, not only at the Mall of Africa, but in most other parts of Gauteng!

So, bring on the feasibility study! 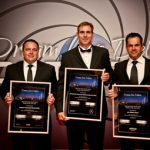 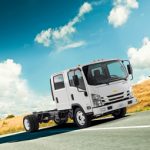