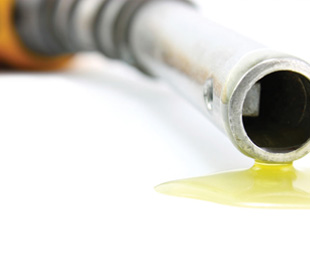 Bad public transport and skyrocketing fuel prices can only have an undesirable effect on the logistics industry.

The previous article in this series lamented the absence of proper education in public transport. The vacuum in this area has contributed to overspending on cars, traffic congestion, environmental problems and an inability to question poor decisions (for example, e-tolling) by the authorities.

But, what about the subject of fuel? Despite there being no rational plan to cope with the crisis, we need to protect ourselves from exposure to ongoing gasoline price increases. One of the most effective solutions is to fix public transport. As the world has realised the days of “easy” oil are over, its “oil addiction” has come under the spotlight. A vast amount of academic literature on the subject has been built up in recent years and logisticians would do well to familiarise themselves with the issues.

A recent book on the topic: Transport Revolutions (2010) by Gilbert and Perl, is unique in being the first book to attempt quantifying the oil countries should consume in future, using the United States (US) and China as respective examples of developed and developing countries.

A significant graph in the book explains why the economic meltdown of late 2008 took place. Academics have tried to explain the reasons for the banking collapse, but no apparent attempt has been made to quantify the US’s rocketing expenditure on fuel preceding the crisis.

The graph superimposes kilometres travelled and fuel prices for each quarter from 2000 to the end of 2008. Both car usage and the fuel price went up for seven straight years, in itself not necessarily a bad thing. But reconciling the kilometres and the fuel price from the beginning of 2007 paints a different picture.

By assuming the fairly reasonable fuel consumption average of 10l/100 km, we can calculate that US residents spent $220 billion (R2,2 trillion) on fuel in the first nine months of 2007 and $280 billion (R2,8 trillion) in the first nine months of 2008. This means $60 billion (R592 billion) was wiped off the spending power of the US consumer within twelve months, despite the fact that vehicle kilometres were falling. By September 2008 they had spent so much on fuel that they couldn’t pay off their mortgages …

Similarly, most of South Africa’s (SA’s) oil is used to power private cars and, by diverting resources into fuel consumption, economic growth is undermined. Although motor cars play a far smaller role in SA than in the US, public transport in SA is of such low quality that motor car usage is growing dramatically. The implications and overall effect this will have on the economy should concern us.

Transport and logistics practitioners should pay attention to these issues – bad public transport hurts the trucking industry in two ways … First it results in overspending on cars which reduces the amount available for production and consumption of other goods, meaning less business for both truckers and industry in general. Second it contributes to congestion, which slows down the trucking industry even more!

Much of the e-toll saga is therefore a distraction from the real problem – figuring out how to prevent past problems from escalating further. We should be ensuring that in our cities, any future increase in personal movement takes place on public transport, not in private vehicles.

Does SA have the policies to deal with these problems or will “market forces” continue steering the ship? We need better public transport and, as I will show in subsequent columns, many ideas that have been put forward to the authorities in Gauteng have been ignored. Yet fixing the problem is not rocket science. 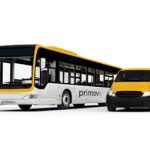 Prev Electric buses are coming back
Next Still okay, but will that stay? 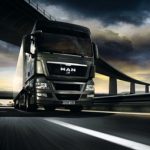