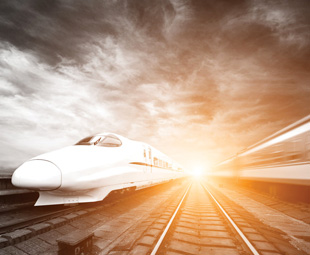 Transport in China has experienced major growth and expansion in recent years. Airports, roads and railway construction ought to provide a massive employment boost in the country over the next decade. CLAIRE RENCKEN reports

Railway, which is the primary mode of transport in China, has doubled in length since the mid-twentieth century, and an extensive network provides service to the entire nation. The larger cities have metro systems in operation, under construction, or in the planning stages. The highway and road system has also undergone rapid expansion, resulting in a rapid increase of motor vehicle use throughout the country.

Although China’s transport system comprises a vast network of transport nodes across its huge territory, they tend to concentrate in the more economically developed coastal areas and inland cities along major rivers.

The physical state and comprehensiveness of China’s transport infrastructure tend to vary widely by geography. While remote, rural areas still largely depend on non-mechanised means of transport, a modern maglev train system was built in China to connect the city centre of Shanghai with its international airport.

Many of China’s contemporary transport systems have been built since the establishment of the People’s Republic in 1949. Prior to 1950, there were only 21 800 km of railway lines. In 2010, the railway network had expanded to 90 000 km.

Although rail travel remains the most popular form of transport, air travel has also experienced significant growth since the late 1990s. Furthermore, the government-led effort – that began in the 1990s – to connect the country by expressways via the “national trunk highway system” had expanded that network to about 97 000 km by the end of 2012, making China’s expressway network the longest in the world.

In terms of buses, in the big cities there are plenty of buses and the bus system works quite well.

One could say that, until recently, China’s economy was able to continue to grow despite deficiencies in infrastructure development. However, this is no longer the case.

The government has realised that, to keep the economy moving forward, it needs an efficient system in place to move goods and people across the country, which is why China is in the midst of this massive upgrade of its transport infrastructure.

Earlier this year, China caused a stir with talk about a “lane-straddling super-bus”. According to an article in The Economist: “Headlines and half-page photos quickly filled the world’s newspapers and web pages, trumpeting the Transit Elevated Bus (TEB), a magnificent-looking contraption that, it was claimed, would straddle China’s streets, allowing cars to pass underneath it. 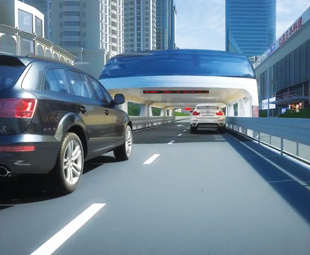 “Passengers could hop on and off from elevated platforms. This would allow the bus to cruise above the traffic jams that plague roads in urban China, while lessening the gridlock for others.

“Befitting such a clever, madcap idea, the reaction was breathless. Although it crawled along on its inaugural journey, speeds would eventually reach 40 miles per hour, it was said, using rails running either side of the road. Its 300 passengers (1 200, once a few buses were linked together like train carriages) would travel in comfort, in something akin to an airport lounge. Of course, only in China could such a marvellous project become a reality.

“All of a sudden, though, the tone of the headlines changed. Something was amiss. ‘China blasts its own radical public transport amid safety concerns’, reported the Daily Mail. Some claimed that there had been no test journey after all.

“Important questions were left unanswered. How would such a bus pass beneath low bridges? What if a tall vehicle wanted to overtake it (the clearance was just seven feet)? How could it warn cars when it wanted to change lanes? How could it go round 90° bends?

“The answer to all these questions, it seemed, was ‘it couldn’t’. According to China’s state media organs (previously big boosters of the project) the TEB was little more than a publicity stunt – one of the dozens of peer-to-peer lending scams that have duped retail Chinese investors in recent years by promising unreal annual returns. The bus bust has thus become a symbol of a different – and far more damaging – kind of Chinese ingenuity.

“The TEB’s promoters promised investors 12 percent returns on their money, despite the fact that the prototype bus seemed likely to tip over, couldn’t clear most urban bridges and wasn’t tall enough to accommodate most vehicles underneath it.

“They could get away with it, in part because those kinds of numbers are par for the course in China’s lending industry, which averaged returns of 13,3 percent in 2015. Investors in the ‘super-bus’ will no doubt be licking their wounds.” 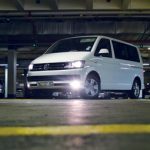 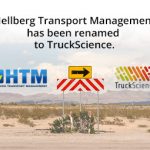