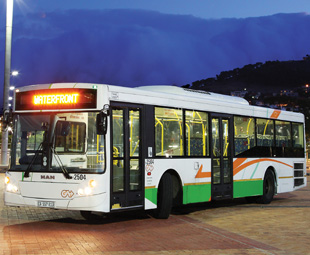 The partnership between MAN Truck & Bus and Golden Arrow Bus Service was recently cemented with the delivery of the 500th MAN bus to this Cape Town company. CHARLEEN CLARKE travelled to the Mother City to celebrate the occasion.

I always think it is kind of cool when South Africa is up there with the big guns, and, in the case of the Golden Arrow Bus Service (GABS) fleet, we most certainly are. According to Markus Geyer, CEO MAN Truck & Bus SA, the GABS fleet is not just the largest MAN bus fleet in his region (Africa and Middle East); it also falls squarely within the top 10 MAN bus fleets worldwide. That’s certainly worth celebrating.

But that wasn’t the reason why I travelled to an extremely windy Cape Town; I jetted down to celebrate the handover of the 500th MAN bus to join the GABS fleet.

The 500th MAN bus formed part of an order for 84 MAN HB2 – 18.240 FOCR (front-engine omnibus chassis, right-hand drive) buses, to be supplied at a rate of seven units per month until December 2011. This deal is yet another milestone in a relationship between the two companies that was first conceived 10 years ago. 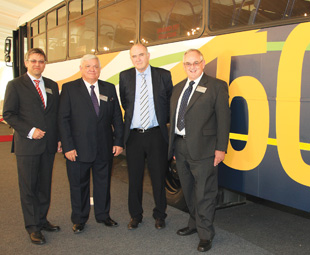 MAN first began supplying GABS in 2001; the bus operator placed an order for 20 buses (the MAN A63 – 18.232 FOC, which were subsequently modified to suit GABS’ specifications). One year later, GABS placed yet another order with MAN – for 50 buses, equipped with a Voith automatic transmission.

What’s particularly interesting about the relationship between the two companies is the fact that it’s more than just a supplier/customer relationship. It’s more of a partnership. As Geyer noted: “We have learnt a few lessons from this partnership. We have received a lot of input from GABS and this has resulted in a better product – not only for GABS but for other customers too.”

For instance, when the A63 bus chassis range needed to be replaced (this was necessitated due to technology improvements from Germany), the GABS technical staff became an integral part of the team that MAN would consult to ensure that the new product offer would meet operator specifications.

This led to the successful launch of the MAN HB chassis range and Lions’ Explorer body in October 2006. Since then, regular orders have been placed as part of the GABS renewal policy. Today Golden Arrow currently operates well over 1 000 buses during peak periods, serving 900 routes in metropolitan Cape Town, covering a total area of approximately 2 460 km². The fleet travels 62 million kilometres annually, conveying 56 million passengers at a rate of 270 000 per weekday.

Many of those buses are MANs – the first A63 – 18.232 FOC were followed by the MAN HB2 – 18.240 FOCR, and 11 HB4 – 310 articulated buses (bustrains) fitted with Lion’s Explorer bodywork. In addition to these front engine buses, GABS introduced European standard low-entry city buses with the purchase of 25 MAN model A84 chassis. These city buses are based on the popular MAN A69 chassis model sold throughout Europe, the UK and Australia.

Now, of course, the company has placed the order for the 84 MAN HB2 – 18.240 FOCR. The MAN HB2 chassis is powered by the MAN D0836 common-rail, six-cylinder engine producing 176 kW at 2 400 r/min. The Voith DIWA 854.5 automatic transmission is remote-mounted from the engine. This configuration has proven extremely fuel efficient with significant savings being achieved and also offering high reliability. 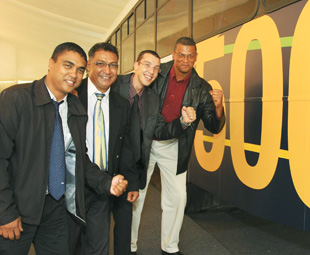 The remote mounted transmission has further weight distribution advantages giving an ideal spread of loads over both axles and also permits a low engine mounting position. The front-engined chassis with low engine position results in a flat floor with no protrusions into the passenger area.

A further feature of the bodywork is the fitment of a fold-out step that is activated when the passenger doors open and retracts automatically as the doors close. This significantly reduces the first-step height and caters for any physically challenged passengers.

According to Geyer, this latest order reflects the confidence and trust that GABS has put into MAN products and service delivery levels. “With it comes the responsibility to perform and to ensure that the buses keep running, with minimum down-time. This ties in with MAN’s brand values and the importance of developing a long-term partnership with customers,” he told guests at the handover function.

Geyer was joined at the podium by Robin Carlisle, MEC for Transport, Western Cape, who concurred with his sentiments regarding public transport. “Public transport in the Western Cape is not in good shape. The role of the minibus taxi has been a political football. There has never been a coming to terms of the understanding of the minibus taxi. It is also a mess because, for the past 40 years or so, government has not invested in rail,” he noted. “By hook or by crook we have got to fix the railway lines in Cape Town – and quickly.”

Carlisle explained that there are three major components to public transport in the Western Cape: GABS, the minibus taxi and the BRT, “the emerging new boy on the block”. He pointed out  “We are going through birth anguish in trying to find a coherent, rational and reasonable way of getting those three elements to work together.” 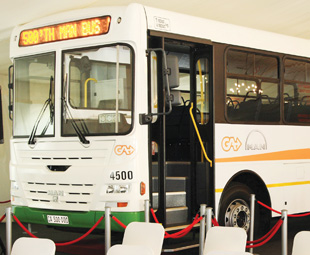 He described GABS as “essential to the public transport community in Cape Town – we know that GABS can always be relied upon”. He stressed, “When we had the rail strike, GABS came in and doubled their peak hour operations. Between GABS and the taxis, we got 263 000 people to work. We know this. We studied absenteeism. This is an important asset to have in the city.”

Carlisle added that he was pleased at the partnership between MAN and GABS. “I am delighted that you (MAN) have your own company here; this is not just a product coming in from outside South Africa. By the way, we have a host of tempting offers for companies coming to the Western Cape and setting up operations here in circumstances much more beautiful than Olifantsfontein,” he noted with a grin.

The MEC also commended GABS on its exemplary safety record. “One of the things I like about GABS is the fact that the buses are safe. I travel on them regularly, so I know. In respect of the 500th MAN bus, whenever she goes out, may she return home safely. May she ensure that her passengers return home. May she ensure, with her driver, that she does nothing to prevent fellow road users from returning home safely,” he said.

The third speaker of the day was Nic Cronje, CEO of GABS, who noted that GABS would be celebrating 150 years of public passenger transport in Cape Town later this year.

Cronje also paid tribute to his staff. “We employ 2 600 people and every single person plays an important role,” he noted.

He also paid tribute to Roger Overton, company engineer at GABS, and Ray Karshagen, management board member, business development: bus at MAN Truck & Bus. “They have worked together to create these buses. The new technology that has been brought into the fleet is remarkable and the fuel savings we are achieving with the modern buses are amazing. I would like to thank those two gentlemen for that.”

Cronje concluded on a positive note. “We love our business, we love our buses, we love our passengers, and we love our staff. And hopefully we will be providing public transport to the commuters in the Western Cape for many years to come,” he told guests. With the support of MAN Truck & Bus, there is no reason to believe that this won’t happen… 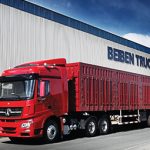